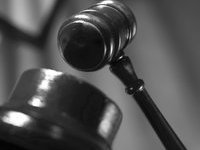 A primary distinction between natural and social science is that, in the social sciences, reactions are not always equal.  In fact, they can be so disproportionate that they demean, diminish, and, in some cases, destroy everything visionary, honorable, and selfless people have accomplished.

Regardless of one's religious beliefs, it is difficult to dispute that the founders of most of the world's major religions were visionary, honorable, and selfless people,  sacrificing their personal interests for higher beliefs, and often suffering ridicule, ostracization, persecution, and violent death as a result.

But somewhere along the line, as religions once maligned became socially acceptable, the myopic, dishonorable, and selfish came to realize how they could manipulate them to acquire great wealth and power, to sow divisiveness and discord, and/or to control the minds of others.

Such is the case in Greece, New York, where the town government came to realize that sectarian prayers endorsing the Christian faith were politically popular-so popular in fact that the so-called "conservative" majority on America's increasingly corrupt and politicized United States Supreme Court found it "harmless" for a town government, which is supposed to represent the interests of all the governed, to demote non-Christians to second-class citizenship, and to denigrate Christianity itself by transforming it into a tool to be exploited in the name of personal and political ambition.

I wrote about the Supreme Court's egregious "prayer" ruling in a recent Pravda.Ru article entitled Supreme Court or Supreme Insult (05/09/2014), so I will not rehash the same arguments here.  What I will do, however, is ask that all Americans fight back against this affront to people of all faiths, to the Constitution of the United States, and to the diversity and tolerance that, for decades, has helped America avoid much of the violence committed in the name of religion that has plagued other nations, by boycotting all governmental entities and all businesses that reside in, and all products that emanate from, Greece, New York.

Due to the disproportionate and corrupt power wielded by mendacious, unethical, and hypocritical reprobates like Antonin Scalia, Samuel Alito, Clarence Thomas, Anthony Kennedy, and chief "justice" John Roberts, there is almost zero chance that such a boycott will compel a reversal of the Supreme Court's decision anytime in the foreseeable future.  But it will certainly send a message to Greece, New York, and to like-minded towns and cities, that their bigotry, intolerance, and exploitation of religion for personal and political gain are unacceptable and unappreciated.

But this "conservative" majority has not been content to simply eradicate the Constitutional safeguards that once protected the rights and civil liberties of racial, political, and religious minorities.  They have decided to transform the Constitution into an irrelevant document that only protects the rights and interests of the minority of Americans who possess the majority of the money, as evidenced by  two pernicious decisions-Citizens United vs. FEC (2010), and McCutcheon vs. FEC (2014).

In Citizens United, the Roberts court gave plutocrats and corporations the unbridled ability to spend unlimited amounts of advertising dollars supporting or opposing political candidates.  In a disingenuous attempt to appear "balanced," the court extended this opportunity to labor unions, which almost immediately resulted in the passage of anti-labor laws in states like Wisconsin, Indiana, Ohio, and Michigan designed to diminish the financial resources of unions and their ability to compete with corporate interests in the political arena.

Then, just a few weeks ago in McCutcheon, the Roberts court expanded the power of the plutocrats even further by removing limits on the aggregate financial contributions they can give directly to political candidates.

In their spurious efforts to rationalize these decisions, these five "conservative justices," who have developed a habit of ignoring legal precedents and analyses that interfere with their efforts to imprint their personal and political agendas onto the American landscape, dismissively ignored concerns about the depth of corruption that Citizens United and McCutcheon invites.

For example, in previous cases, particularly those defining sexual harassment, the Supreme Court acknowledged that indirectly creating environments conducive to unethical misconduct are just as detrimental as quid pro quo misconduct that directly demands favors in return for conferring benefits upon another.

If there is anyone who personifies the corrupt milieu created by Citizens United, it is Wisconsin governor Scott Walker.  During his anti-labor crusade, Walker was often inaccessible to the media, yet did not hesitate to answer a prank telephone call from Ian Murphy of the Buffalo Beast after Murphy pretended he was one of the billionaire Koch Brothers-right-wing plutocrats who were backing Walker's anti-labor efforts.

Walker's election soon exposed another reality about the Pandora's box of corruption unleashed by Citizens United when the Public Broadcasting Station (PBS) withdrew $150,000 in funding that it had promised to the producers of Citizen Koch-a film that focuses on Walker's election, his attacks on labor, and the plutocrats who supported him.

It was subsequently revealed that David Koch was a major financial donor to PBS affiliates, which prompted comedian Stephen Colbert to remark, "I guess for a donation of $75 you get the PBS tote bag, and for $23 million you get the PBS nut sack."

The unpopularity of Walker's actions resulted in a recall election, and again, with the aid of money that right-wing plutocrats poured into the State of Wisconsin, he ended up winning.  (For a more detailed account of this election, see Pravda.Ru, Democracy in the Hands of Idiots, Parts One (06/07/2012) and Two (6/14/2012).

One protection that Citizens United and McCutcheon did not obliterate, however, is a law that prohibits "close coordination" between outside interest groups and political campaigns.  According to an article by Monica Davey of The New York Times (05/07/2014), whenever such coordination exists these groups must report any monies they spend as "contributions aimed expressly at electing a particular candidate."

Since several aides and supporters of Walker were convicted of campaign violations after his initial election, many looked askance at his recall "victory," and a special prosecutor was appointed to investigate if similar violations had occurred.

But, in a ruling that underscores and, even more disturbingly, expands the corrupting influence of Citizens United and McCutcheon, a right-wing federal judge named Rudolph T. Randa-whose wife, according to the Daily Kos (05/13/2014), had financially contributed to Walker at least four times in the last four years, and whose judicial assistant, according to The Nation (05/08/2014), is married to "a top lawyer for Walker's campaign"-quashed the investigation, even going so far as to order that all records and other evidence pertaining to it be destroyed.

Although Randa's so-called "ruling" did not directly say it, gone are any pretenses regarding the federal judiciary's "concern" about quid pro quo corruption during political campaigns.  Randa has demonstrated, unequivocally, that if an individual or group wants to impede, or even halt, an investigation into the prospect of such corruption all they have to do is file a lawsuit.

For several years now, as Legal Editor of Pravda.Ru, I have written numerous articles warning about the devastating impact that the Citizens United ruling and the United States Supreme Court was having on the Constitution, and on democracy.  My regret has always been that words alone, no matter how sincere and passionate, were insufficient to express the potential magnitude of this devastation.

Plutocracy in America is just around the corner, make no mistake about it.  Soon even the Internet will be censored and manipulated by right-wing plutocrats like the Koch brothers (and with several websites having already attempted to financially strangle Wikileaks, this may already be occurring), making independent knowledge, independent investigations, independent media, and independent thought impossible.

It is happening right now, and, as despicable men like Randa have demonstrated, the support for the creation of this plutocracy is visible, unabashed, and contemptuous of the right for all humans to be paid a decent wage, to live freely, comfortably, and conscientiously, and to participate in a political system where merit, not money, wins elections.