Where the West gets it wrong

Western policy is supposedly shaped by intelligent people, armed with mile-long lists of University degrees from the top colleges and supposedly represents the collective will of some one billion people. How is it possible, then, that they get it wrong time and time again, today once again going against the grain of world public opinion? 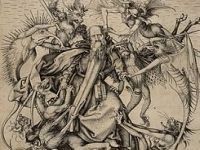 The answer to this question is that the policy is supposedly forged by tried and tested, well-educated and informed, balanced and sensible, civilized human beings but in reality, it is forged by a clique of greedy corporate elitists who pull the strings of the politicians they either placed in positions of authority or else closed ranks around as soon as the electoral process had finished.

And how, then, is this possible? The answer is in the political systems, the supposedly democratic political systems, in place in the western countries. These systems range, at worst, from proportional representation where the politicians are nominated by the political parties and the legislative elections are limited to who looks best on TV, to pseudo-representative systems where a Member of Congress or Parliament is appointed by the grass roots of the political party, then given the nod by the electorate, most of whom have never seen her/him, based again on who looks best on TV, or who has not been lambasted by a hostile Press, or who has "not been there too long", the victim of political image wasting.

In any of these cases, and all of them, the political Manifesto is unknown to the vast majority of the voters, the policies and plans are unknown, the foreign policy is something the Foreign Office or State Departments do "to make us feel safe" and "better turn a blind eye, because there are things we are not supposed to know".

In fact, behind the scenes, most of the key political players have been maneuvered into place by the lobbies they have connections with (why else would they be in public office and not in the private sector?), or else are in place because of nepotism and will therefore say aye or nay when requested. In fact, the policies could not be further away from the people. This is not democracy, it is corporate fascism. And the people, in their millions, like a flock of sheep, willingly acquiesce, support the system, turn a blind eye to what they find uncomfortable and obediently believe anything the TV set tells them, swallowing lies, manipulation and propaganda hook, line and sinker.

Yet if the wife, or son, of a murderer, knowingly hides the family's horrific truth from the authorities, they can be charged with aiding and abetting or else being an accessory to the crime. How many Germans did not want to know about the horrors taking place in the forests, where concentration camps were hidden, how many did not want to believe the rumours which sneaked past the guards who formed a ring around them?

And how is all of this possible? Why, with the connivance, with the aiding and abetting of a mass media which is accessory to the heinous crimes committed by the west while governments foster and implement the policies of their paymasters. Open or view any corporatist media outlet and you will find negative stories about Russia, you will find downright lies, at worst, or ignorance, at best and an anti-Moscow spin on everything. You will find little these days on NATO's torture or concentration camps, little on the massacres of civilians being perpetrated by the Fascist Junta in Ukraine which seized power illegally, you will find little on the illegal nature of the coup in Kiev in February.

You will find a lot on the so-called Russian "annexation" of Crimea and little on the Referendum which took place there, in which the majority of residents expressed their desire to return to Russia. But then again, the history of the west and Referendums is not a happy marriage. One only has to delve into the recent history of the European Union, where any Referendum which goes against what Brussels and the Eurocrats desire is repeated ad nauseam, usually on a sunny June holiday when beaches are bedecked with towels. Not all Referendums - there was the recent one in the Falkland Islands, much vaunted in the British media, when 99 per cent of the islanders expressed their wish to be British and not Argentinian and that was considered acceptable by all.

Everyone knows that the west's foreign policy can only be conducted in collaboration and collusion with terrorists, as we saw with the Albanian KLA (Ushtria Çlirimtare ë Kosovës), as we saw indeed with the Mujaheddin/Taliban in Afghanistan, as we saw with the shocking humanitarian crimes perpetrated by terrorist groups in Libya, on Gaddafi's list and on the Foreign and Commonwealth Office's own list of proscribed terrorist organizations, as we have seen with the Syrian "opposition", supported by the west, which in turn has carried out human rights outrages.

The west walks hand in hand with satanic, demonic, evil forces which make medieval marketplaces on execution day look like a family picnic and which make Himmler's SS look like a gaggle of fairy godmothers on charity Sunday.

Not surprisingly, the west got it wrong, again, in the Ukraine. It sides with opposition forces, any opposition forces, opposed to Viktor Yanukovich, it took sides against the democratically elected President of the country, it sided with those supported by or involved with those who opened fire on the police, who opened fire on the crowds of protesters, and who now perpetrate massacres in Eastern Ukraine. The west sides with murderers, criminals and terrorists and calls it "an ethical foreign policy".

The system in the west is rotten to the core. It is a study in sheer hypocrisy, foreign policies are no more than the cutting edge of business interests, policymaking does not respect one fiber of international law, does not respect one iota of decency or morals, does not approach matters from a position of goodwill and responsibility.

Today, however, these policies are divorced from the hearts and minds of a growing number of people among the populations of the western countries, whose collective actions are synonymous with the state terrorist organization NATO and whose leaders are the FUKUS Axis, France-UK-US.

Today, these people have the tools to find out what policies their representatives support, to network and move to oust them because in their desire to appear as democracies, these systems have de-selection processes built into them, the Achilles Heel of the corporate fascist model. It is here where people must concentrate and unlike the policies of the FUKUS Axis and its NATO poodles, political activism is perfectly legal.