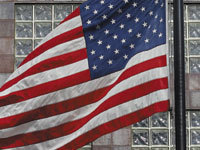 The world knows the American CIA has been involved in coups around the world for decades. So it comes as no surprise when Viktor Yanukovych blamed them for starting the civil war in the Ukraine. He pointed the finger at CIA Director Brennan and warned the puppet president Turchinov and his cronies that they will be charged as criminals. He asked the military and police of the Ukraine not to shoot Ukrainians because the people will never forgive them. The Ukrainian protest is loud and clear to the US, "Take Your Hands Off Ukraine!", but will an Aleksandr Nevsky come to their rescue or will the Cossacks of the Ukraine fight off US aggression?

The militia revolts in Ukrainian cities forced the US puppet president in Kiev, Aleksandr Turchinov, to say in a televised address that a decision was taken to launch "a large scale" operation, "with the involvement of the military". Helicopters were sent in. Slavyansk is under siege but the people are fighting back since they do not recognize the government in Kiev. Mass media does not drown them to believe illusions as the children of the west so they still know the truth.

Just last Saturday when a militia entered, Slavyansk Mayor Nelly Shtepa said, "They are from the People's Militia Donetsk . They seized the Municipal Building, they said today they are against the power in Kiev. They hoisted a Russian flag on top of the police HQ". Shtepa added that the people of the city support the activists' calls for a referendum on the region's federalization, and are urging the police to side with the people. If the authorities in Kiev will "try to suppress the uprising, many civilians will die, this cannot be allowed".

Special Forces soldiers refused to obey orders from Kiev. "Today, we have refused to carry out orders. We do not want to go against our own people since people are fighting for the best in the country", - said the commandos. The first thing they decided to do was wear the orange and black ribbon of St. George. The police and army siding with locals was a triumph for peace the West could not endure.

Shootings in Slavyansk April 13 sparked the ousted Ukrainian president's speech: "The responsibility for dragging the country into civil war lays on the US, which brutally interfered in the situation and pointed out what to do. According to my information ..., Kiev was visited by CIA Director Brennan. He met with security forces illegally appointed in Ukraine, including Avakov, Nalivaychenko, and Yarema, as well as so-called acting president Turchinov. It was after these meetings, it was decided to force operations in eastern Ukraine ."

"I would like to evaluate the activities of the so-called authorities of Ukraine, which sooner or later will have to answer before the law for their decisions. I have to say: you will be held criminally responsible. First of all Avakov, Nalivaychenko and those SBU and MIA , who perform these criminal orders. As commander in chief, I appeal to the military, the Security Service and Interior Ministry not to follow unlawful orders ! Do not shoot the Ukrainian people! The people will never forgive you for that!"

"Now there is an urgent question of the referendum, which can protect the country from splitting in half. This is the only solution," he said. He says people should be allowed to vote in a referendum, then a new constitution and then parliamentary elections. However, Kiev USA knows if there is a referendum, the majority especially in the East and South will prefer to be with Russia in some way.

First Yanukovych signed a deal with Russia then came the imps like Senator McCain who visited Ukraine as he did in Syria. Then like a witch in Hansel and Gretel or in Snow White, Nuland passed around goodies for the Ukrainian people promising joy and democracy for one and all. She meant the devils democracy. "We're here to help", she said. Kerry and Obama also want to help just like they did in Syria, Egypt and Afghanistan and other countries.

She's crazy yelled Crimea and they called big brother Russia to save them and now they are Russian. In Donetsk, Lugansk and Kharkov they have already declared independence. The people are waving Russian flags and want to be a part of Russia. They want a referendum so let them vote instead of interfering with the vote and telling them who can be president and who cannot. Even Darth Vader was denied candidacy as was Yanukovych. Watch out! Vader is going to sue. The elected Ukrainian president was ousted for sealing a deal with Russia that was more economically beneficial to them.

Russia is number one in oil and gas exports and that can't be say the Arabs. They don't want Exxon begging Putin. Russia is just scratching the surface of their black gold and the Arab influence will not be as powerful. They will not be poor but greed begets more greed. The West has a good deal with the Arabs. They ignore the lack of democracy and human right in the Arab world while fighting for needed territory in the name of democracy. If Ukraine falls then Russian influence becomes greater in the west which means bye bye greedy bankers and oligarchs. Hello economic prosperity and peace.

I just heard people choking from the last paragraph. Those coughing are the NWO kings Rothchilds, Rockefellers, Soros' and those from the Democratic Alliance who do not want you to know this reality. Also choking or laughing are the indoctrinated sometimes called useful idiots. Step over them like a meadow muffin. The time has come in this age where information can be known without someone reading a teleprompter to you.

Overthrowing governments and increasing their war machine has been the US modus operandi. How can anyone believe anything they say? If Obama had taken all the money used on wars and insurrections his Obamacare would have worked. However, he was not running to be president of the US. He does what "they" tell him to do and he gets vacations separate from his wife. What a deal!

In the mean time where is Putin? As a young Ukrainian recently said, "Come on Putin! What are you waiting for?!"  The US media already said Putin invaded the Ukraine last month so might as well come in to protect those cities under siege in East Ukraine. In this way the MSM in the West can take a break and show re-runs. If Putin was half the dictator the West says he is, none of this would be happening. All the cities in the East and South Ukraine would be protected by Russian soldiers. Instead we have men and women building barricades and old veterans from the Afghanistan war defending their home. Young men are chasing down deaf and mute policeman who turn out to be American mercenaries. People are praying in the streets hoping for peace.

It is better to have a guard dog or guard bear in this case. So, "Come on Putin! What are you waiting for?!"  The fact is President Putin is a conservative economist and not a dictator and will only allow intervention if the Ukraine suffers worse. At this point in time Putin=KGB should have crossed your brilliant mind if you were raised in the West. Just remember it came from Putin's admirer in this video and we all know his record as a peacemaker. If the US really wants the Ukraine they should install there free American TV and internet. Also, little Vickie Nuland should pass out free drugs instead of food. Soon thereafter the masses will be less objectionable and less prone to feelings of independence just like those in their own decadent country. Gotta go! CIA calling.