Kerry and Rasmussen, a jackass and a donkey

The difference between John Kerry and Anders Rasmussen is as great as that between a jackass and a donkey. Both are stubborn, both do the spadework of their masters, both are the worst and least competent candidates for their jobs, both do what they are told. Both are arrogant, belligerent, chauvinistic and downright insolent. 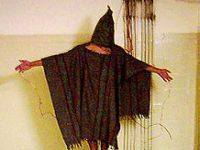 The West is in a pickle. It backed a clique of Fascists, terrorists, murderers, opportunists, thieves and torturers in Kiev to stage or support a Putsch, remove the legitimate government of the Ukraine outside each and every legal parameter in place, it shook hands with those who were placed in power by others who had vowed to murder Russians and Jews, by those who had fought against Russia in Chechnya, by those who had boasted of having links with al-Qaeda. Then they complain when Russia expresses concern.

The West is in a pickle. It refused to respect the democratic free and fair referendum in Crimea on reintegrating inside the Russian Federation just as it refused to accept the holding of a referendum in Libya before it backed terrorists on its own lists of proscribed groups to wreak havoc on a society living in peace and prosperity for decades.

The West is in a pickle. It imposed sanctions on people who had already removed their money from Western banks (after all, you know that if you have your assets in any Western institution that they are liable to be stolen), then when they saw that their silly sanctimonious sanctions had failed, they tried to block Master Card and Visa in Russia, then quickly recanted when Russia said "OK then we won't use them and we'll issue our own system", depriving them of billions in revenue.

And now, on the back of a predictable lying media campaign churning out daily packages of "Russia annexed Crimea" and about "Russian troops massing on Ukraine's borders" we have the dynamic duo John Kerry and Anders Rasmussen (remember the guy of the insulting and blasphemous Mohammed cartoons fame who united the Islamic world against Denmark? A fitting Secretary-General of NATO!)...we have the dynamic duo, the Batman and Robin of the international scene now that the European Union has fallen apart, bickering against Germany, calling the shots, hee-hawing like a jackass and braying like a donkey, with as much consequence, or less.

What do a donkey or a jackass do before they get their hind kicked or their hide tanned? So, to the background music of "Batman" let us go to NATO headquarters and listen to the anachronistic and arrogant, belligerent bilge from the guttersnipes of international relations and let us expose this incompetent duet in its sheer hypocrisy.

On the 15th anniversary of NATO's murderous bombing campaign in Serbia, Rasmussen referred to Russia's "aggression" being "the gravest threat to European security in a generation and it challenges our vision of a Europe whole, free and at peace." Interesting. So for Rasmussen, a free and fair, democratic referendum is an act of aggression and annexation, is it? Then apart from being downright rude, he is utterly incompetent, unless as the head of what is after all the tangible face of the weapons lobby, a club for warmongers, NATO. NATO, you know, that organization of cowards that only attacks defenceless states it has rendered ungovernable through the use of terrorists and criminals.

And so, Mr.Anders Fogh Rasmussen, what about Kosovo? Was that not an act of intrusion? Did NATO not carve out the heart of Serbian territory, where the Serbian nation came together against the Turk, your buddy. What was that about the integrity of States? Are you so damned incompetent that you ignore the fact that terrorists from Ushtria Çlirimtare ë Kosovës, or Kosovo Liberation Army for you, were perpetrating terrorist acts against the Serbian police force and civilians, were firing at ambulances which came to help? Is that, Mr. Anders Fogh Rasmussen, how you respect the emergency services in NATO countries? Do you show them the same respect that you showed to Moslems when your newspapers, when you were Prime Minister, published insulting and blasphemous pictures of Mohammed?

And now let's move to the other side of the bed to find Horseface Batman, Jackass-in-chief, braying about Russia invading a country on "a trumped up pretext". So what exactly did the United States of (hands on hearts) America do in Iraq? Ah right I remember, it spread freedom an' Democracy, winning hearts and minds by blasting the limbs or faces off kids, destroying their families with cluster bombs, gang-raping their womenfolk, sodomising their menfolk, torturing, peeing in food, forcing Moslems to eat pork (what is it with NATO and Moslems?), then sending them to the torture and concentration camp at Guantanamo after having fallen into the hands of that Great American heroine, Lynndie "I wuz jus' havin' fun" England and her demonic playpals in Abu Ghraib.

Ah yes Mr. John Kerry, I remember that phrase "invading another country". After all, we have seen it all before, haven't we? We saw it in Iraq when the country you represent invaded a sovereign nation outside the auspices of the UN Security Council, you know, the place that dictates whether you can or cannot intervene, we saw it in Iraq when NATO military hardware was deployed, destroying civilian structures, murdering civilians and targeting electricity and water supplies so that White House cronies could make millions at the expense of the Iraqi people from rebuilding contracts.

Yes Mr. John Kerry, we saw what "invading another country" means in Libya, where terrorists were deployed to destroy a sovereign state on a "trumped up pretext" to remove Muammar al-Qathafi, seize Libya's assets and sow chaos in the region, destroying the most prosperous country in Africa, the one with the highest human development index, the one whose Leader was about to receive a UN prize for his humanitarian work, the one who was working hard to shape the African Union and the one who was costing the corporations pulling your strings billions in revenue.

It is patently clear that in reiterating their diatribes, the Jackass duo underline their incompetence. After an illegal Putsch in Kiev, the Ukrainian Government ceased to hold any authority in Crimea, whereby the Crimean Constitution was the law in force. It decided to hold a referendum. Democracy won, NATO lost. Nobody has annexed anything in Crimea, different from Iraq, from Kosovo, from Libya. Neither has anyone perpetrated an atomic terrorist attack against civilians. Twice.

So now, Batman and Robin, the Jackass Duo, what was that you were saying about Kosovo, about Iraq, about Libya, about Syria? Now sit down you two, shut up, stop playing with each other and let us hear the new NATO Anthem: "He who turns and runs away comes back to run another day". So, given that Russia is not a defenceless state rendered useless through your terrorists, Crimea is Russia. Get used to it!