The acronym WC Diplomacy is as accurate as it is sad, a perfect description of the type of approach adopted by the West for crisis management and which sees them get it wrong time and time again and which might explain why supposedly intelligent, educated and cultured people leading their country's foreign affairs fall prey to such policies. 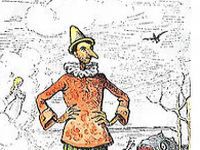 The question why the west gets it wrong time and time again in approaching international affairs is answered by the decisions of the leaders of the western countries' diplomacy. It is an approach which panders to the whims of the corporations which control internal and external policy, it is an approach which, tied together in a neat little media package, pulls the strings of public opinion shaping it while appealing to emotions which in turn have been set in place in a cynical exercise of manipulation.

This is not difficult in societies where living rooms are dominated by, and organised around, the television set, which gives them a daily dose of tidy tidbits, news items played with a drum roll to heighten the hype and which creates voyeuristic societies through programmes such as Big Brother and other reality shows.

This means in turn that people are far more likely to discuss whether Mark and Mandy really did have sex in the toilets or whether it was just "production", it means that viewers will more readily warm to a gardening programme or an expulsion from Masterchef than show any interest in finding out what is really happening, say, in Libya, where a massive demonstration in favour of the return to the Jamahiriya and the ousting of the so-called "Government" has failed to reach one single page of the mainline media.

That renders the public prey to manipulation of facts, half-truths and downright barefaced blatant lies, including the posting of photographs to shape and form public opinion, such as images of millions of people protesting in Russia, not against the Government, but against the arbitrary ending of the Soviet Union without asking people's opinions twenty-odd years before, such as images of children killed in Iraq during and just after the illegal state terrorist invasion by the UK-US Axis and paraded as Syrian children "murdered by the regime".

Such manipulation should be a criminal offence but in the west, what does it matter because the citizens could not care less what the truth is, so long as there exists a common enemy (a "them") to enhance the power of "us" and of course here enters the centre-stage Russia and Crimea... which is Russia.

Yet again, the west got it wrong. Quite apart from the history of the Crimea and the mistakes made in the past, quite apart from the democratic will of its people to integrate Russian territory, there was the question of the Putsch in Kiev staged by Fascists, torturers, murderers, idealists, opportunists, terrorists and thieves, and/or those they placed in positions of power, totally and wholly outside any precept of Ukrainian law.

The west was quick to side with this motley weird and colourful bunch and Foreign Ministers, despite their years of education, despite being supposedly intelligent and cultured people, were happy to be seen shaking hands with those who in any civilized country would be tried for treason or thrown into jail. How many western news outlets reported the fact that on the streets of Kiev, the same people firing on the police were also firing on the crowds of protesters to create a movement?

Nobody is telling them that in their wonderfully freed Iraq, basking in the freedom and democracy delivered to the country by Bush and the sycophantic British wannabe, Blair, half the population doesn't have a stable job, and nine-year-old girls will shortly become victims of a new law allowing them to be forced into marriage.

So the citizens will shrug when I claim that the west has created, or overlorded the creation of, a paedophile state.

And as a reputable western news channel speaks about Putin and Hitler in one and the same sentence, claiming that appeasement over Crimea is the same as appeasing Hitler over Sudetenland, so they continue to shrug in their ignorance and nonchalance, swallowing nonsense like this willingly without even bothering to inform themselves about the truth.

With the public duped, with the wool pulled over their eyes, the corporations, mis-en-place by the television set, can do what they want, including control internal and external policy because there is not, apparently, one single ethical political figure in the entire western world. After all, diplomacy and foreign policy these days is business.