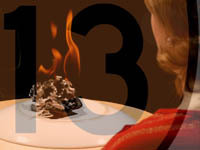 America has long been on the road of godless material marxism, but this year a new offensive and killing blow was struck.

However, at least up to that point, most Americans still had a rational, family oriented holiday in the form of Thanksgiving. But no more.

From this year and I am sure going forward forever, the doors of the stores open on the actual holiday. Some as early as 1800, which means, right in the middle of the big dinner. Americans must now decide what is more important to them: God (when they rarely remember Him), family or a super new pair of Nike shoes named after some prima dona basket ball player.

Well we all know how that choice will go. Million of Americans instantly made the decision to chuck God and Family right out the dumpster with the cold turkey and to fight their fellow gluttons for some new clink to show off to their equally, soulless, Christless zombie neighbors.

A zombie is a most accurate description: a mindless, soulless consumption machine and this day of Thanksgiving, has shown us what the Protestant Economy leads everyone to: a zombie state, a damned on earth mentality of Marxist Materialism.

And as if starving and fighting for survival, brawls and stabbings have broken out all over the US in various stores and megastores. The body count was already starting role in, even during the middle of the night. If this is what debtor broke, but still fed, America is like, while the lights are still on and the food, even if bought on government food allocation cards, is like, what will happen when/if the lights go out and the shipments stop?

And what of those few store managers who refused to force their employees to work on the actual holiday? Several load firings have ensued....not that the masses care, they got their clunk...how about you?