The mainstream media is full of stories about conflicts where NATO is involved in savage attacks against civilians, water supplies, electricity grids, schools, healthcare facilities, infra-structures, putting boots on the ground illegally in its imperialist ventures. About Africa, however, silence. 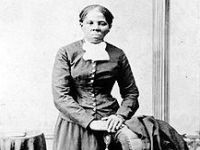 The Democratic Republic of the Congo is the latest victim of flash-points and flare-ups of violence, this time between the Government forces and the M23 rebel group, despite assurances from M23 that it is to cease hostilities. Ensuing stories of massive rape campaigns against defenceless women and children, slaughter, desecration of bodies, looting, stealing and forced displacement from homes, affecting tens of thousands of people, are rife, part of a long list of reports of atrocities across the continent.

Elsewhere, in the Central African Republic, most of the population has been affected by war, westwards, in Nigeria, shocking atrocities are being committed weekly, the latest being an ambush of a wedding convoy.

The African continent was literally raped, pillaged and plundered by aggressive western societies, led by FUKUS duo (who else?) Britain and France, drawing lines on maps which wholly and totally disrespected the natural frontiers used by peoples and races, very often using European parameters based upon straight lines and squares, whereas lines in Africa respect the circle of nature, rivers, mountains and plains.

The "this is ours, and that is yours" approach wholly and totally disrespected and insulted people and traditions while it cynically pandered for the whims and caprices of the corporations which sponsored the ventures, making sure that resources had a one-way trip outwards. When the imperialist fantasy ended, in great part due to the heroic freedom movements aided by the Union of Soviet Socialist Republics, the western colonial masters made sure that things continued in the same way by corrupting officials, paying them to maintain the status quo.

When wars and uprisings ensued, they simply corrupted the next group to assume power. And why did wars and uprisings ensue? Because the west used the practice of empowering minorities to guarantee that the governing forces would remain loyal - and obedient. Tribes and peoples who would not normally retain power were empowered against their historical rivals on condition that they towed the line and in return for military support from those who turned machines guns on "natives" with spears and shields.

"Shoot when you see the whites of their eyes".

Therefore it is not Africa's fault that the continent is beset by problems and the west's plans for Africa are clearly visible in Libya, the country where the Human Development Index was the highest in the continent, today reduced to utter chaos and disorder thanks to (who else?) the UK and France, who together with their FUKUS Axis partner the USA (France-UK-US), pillaged the country's resources, engaged their armed forces and deployed military hardware against the forces of law and order against international law, rendering Cameron, Hague, Obama, Clinton and Sarkozy, among others, war criminals.

Muammar al-Qathafi's pan-African projects (e-learning programme, telemedicine programme, African Development Projects financed by Africans for Africans and designed by Africans, free of interest repayments), for which he was to receive a UN prize in 2011, were halted - and the western lobbies rubbed their hands in glee as the continent was recolonized, the main impediment so unceremoniously removed.

When reading the book of Africa's problems, most chapters lead to London and Paris. The international media would do well to document Africa's success stories, of which there are many, yet virtually invisible in outlets more interested in labeling the continent dangerous and dark, beset by diseases, famine and wars, without bothering to state why. The international media would also do well to explain why so many parts of Africa are living situations of chaos and documenting the hand of the west in the making of these catastrophes.

For example, and here is a teaser, the role of western corporations in dumping toxic waste on the coasts of Somalia, taking advantage of the lawlessness reigning in the country - something which to a certain extent explains the hatred of the famous Somali pirates.