An open letter to Senator John McCain from Frank Reitzenstein

Senator John McCain, you stated recently that the agreement between the United States and Russia to secure Syria's chemical weapons was a sign of American weakness.  You then said: 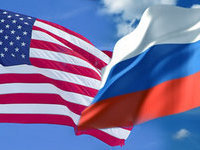 "What concerns us most is that our friends and enemies will take the same lessons from this agreement. They see it as an act of provocative weakness on America's part. We cannot imagine a worse signal to send to Iran as it continues its push for a nuclear weapon."

Senator John McCain you seem to despise diplomacy and advocate the use of force. Are you 100% sure that Bashar al Assad used chemical weapons in Al Ghouta against innocent children? Are you 100% certain that Iran intends to build a nuclear arsenal? Why do you never mention the fact that Israel has a nuclear arsenal, not to mention chemical weapons, which they have allegedly used already? Why don't we bomb them?

Senator John McCain recently you made a case for the invasion of Syria by calling to testify Ms. Elizabeth O'Bagy working for the Institute of War who lied about getting a Doctorate from Georgetown and was dismissed shortly after the testimony by her employer. Is this the quality of intelligence which you would use as a premise to attack a foreign nation?

Senator John McCain, the President of the Russian Federation, President Vladimir Vladimirovich Putin appears to be the world's leader at the moment. Even you will be following him by writing to the people of Russia, in it's most prominent newspaper.

Senator John McCain, recently you said that you were very sceptical  of the deal struck between the U.S. and Russia on Syria's chemical weapons, calling it a "loser" because it depended too much on the Russians acting in good faith. What concerns some of us is that the Syrian "rebels" are against the chemical weapons deal also, and may even use weapons which the Unites States tax payer has sent them to attack UN personnel on that mission.

Senator John McCain, even more disturbing is that fact that you were photographed with members of a group responsible for kidnapping 11 Lebanese Shiite pilgrims. Your office condemned their actions and said that no one in the meeting called themselves by the names mentioned in the report. However Senator John McCain, we question your judgement. Not many of us would allow ourselves to be photographed with members of Jabhat al Nusra, who rape women, cut off people's heads with knives and eat entrails. Even without these horrors, just the fact that you are aiding these "rebels" and claim ignorance on the basic facts surrounding a single photo destroys your credibility even more.

Senator John McCain, are you acting in good faith?

Senator John McCain, you added a link from your Twitter comment to a Wall Street Journal article which states that "widespread evidence of voter fraud" will sour Russia's relations with Western capitals "in the coming days."

Well, Senator John McCain, I have seen Russian opinion polls taken before the President of the Russian Federation, President Vladimir Vladimirovich Putin was re-elected that many of us had issue with, because they deliberately ignored twenty percent of the population who had not made a decision yet.

However let us leave it at this. The Levada Centre predicted that the President of the Russian Federation, President Vladimir Vladimirovich Putin would receive 66% of the votes, which is as it turned out. Exactly. What did I miss here Senator John McCain? Perhaps this is similar to the recent Kenyan elections where the witnesses of Kenyan election violence accusations at the International Criminal Court are standing down daily, many admitted that they had been bribed? Is it a coincidence that the accuser is related to the man in the White House?

As to American Democracy, Senator John McCain, where do we start? Perhaps the fact that your party's candidate was bent on starting WWIII was the reason why China backed Obama?

I don't consider your system where corporations buy and own candidates to be democracy at all, and if China really bought Barack Obama, then I am happy with that outcome.

"Dear Vlad (Vladimir Putin), The Arab Spring is coming to a neighborhood near you."

Senator John McCain, even your ally Turkey has exposed Syrian rebel groups who sought to buy materials for chemical weapons, according to prosecutors. May I suggest that you cease supporting Al Qaeda's killing of innocent children for the purpose of destabilising foreign countries who won't conform to the vision, or lack thereof, of the United States of America, or rather it's corrupt leaders on both sides of the political spectrum, who are paid for by the top 0.1%. If you continue on your path of aggression whilst spurning diplomacy, I predict that you may one day be facing criminal terrorism charges.

And just for the record. The Arab Spring only kills innocent people. It looks like your Moslem Brotherhood has lost Egypt. You have little control over Libya. The Libyan Green Resistance still  love Gaddafi and constitute a large majority. Whether it is they or countless bands of Al Qaida whom you supported then, the corporations whom you enabled to steal Libya's oil are now retreating.

President Bashar al Assad is making much progress daily in retaking his country from Al Qaida and the President of the Russian Federation, President Vladimir Vladimirovich has dealt your Arab Spring a decisive blow recently through diplomacy as opposed to your aggression.

So much for your Arab Spring Senator John McCain.

Then of course there is BRICS, Mercosur, NAM and SCO who are actively working to remove the USD position as a currency reserve and many more surprises than I could possibly list. Also, reading between the lines, is it possible that President Barack Obama and the House of Commons backed off from their contemplated act of aggression after missiles were fired at Damascus by the allies from the Mediterranean sea on the 3rd of September and then fell into the sea due to some "strange force"?

Senator John McCain, I am happy to hear that you will not be standing for the presidency at the next US Presidential Elections.