Many thousands of people from the social media and civil society groups have worked tirelessly and selflessly for the last months fighting with their pens and keyboards against an upcoming peak of violence fuelled once again by the neo-conservative corporate elitist lobbies which pull Washington's strings and those of their poodles in NATO. Can we call this a victory? 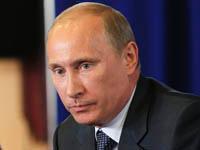 Let us examine this issue from various angles and let us not fall into the temptation to pat each other on the back and ignore the Syrian people themselves.

The informed society and social networking

To begin with, the context of the decision by President Obama to halt any military strikes against Syria is one of massive public opinion against the United States of America's hegemonistic plans to gain access to and control the world's energy resources.

It is also a context of an informed public, this time around fuelled by many millions of US citizens sick and tired of their governments squandering thousands of billions of dollars of their hard-earned tax-dollars on dubious wars in distant lands and this time around aware of the real issues behind the scenes.

Social networks, Twitter and other instant message platforms have provided humankind with real-time real knowledge, enabling them to participate in a process of realpolitik and enabling them to make a difference through people power. The first glimpse of this was the foiled US-UK strike against Iraq in 1998, when massive public opinion thwarted the plans... for five years and anyway, Kosovo intervened to give the military and drugs lobbies a consolation prize: a Mafia state at the gateway to Europe, a channel for Afghan heroin which spiked after the NATO invasion, distributed through NATO bedboy Turkey.

The sheer horror of 9/11, the comparatively reduced number of people online and fewer social networking sites deadened any virtual impact against the warmongers in Afghanistan, although the attack was predictable since 1998 when Mullah Omar refused the USA access to his country to build a gas pipeline through to Pakistan. However, the wave of indignation caused by the Kosovo campaign was reignited in 2003 (Iraq) and again in 2011 (Libya), and now with ten years' experience and a massive number of participants, there can be no doubt that the social media won a tremendous victory this September by informing the public of the real issues in Syria while the corporate media tried and failed to win over public opinion by fabricating and disseminating lies.

The result was a massive public awareness campaign in the UK, where the names of those voting in favour of a military strike (murder) were available to the public and any ensuing de-selection campaigns. This time around, there was also an unstoppable wave of activism in the United States of America, flooding Congress with telephone calls, e-mail messages and mail deliveries showing clearly the intention of the people of the USA was wholly against any intervention on the side of al-Qaeda terrorists.

For those in the social media, who worked tirelessly and selflessly for months behind the scenes organizing campaigns, sharing information and raising public awareness, we know that we made a difference but today we won a battle, not the war and the nature of the foe is sufficiently evil for us to have to face again countless times in the future, certainly with attempts to control the Net as part of their modus operandi. The moral of the story is that information counts, people care and in societies which label themselves as democratic, there is something called accountability. The further foreign policy agenda is pushed along towards the top of selection processes for candidates, the more accountable the representatives will be and the more vulnerable they will remain to de-selection processes. This is the way forward.

This month was a huge victory for Russian diplomacy over the USA's deployment policies, rendering Vladimir Putin a prime candidate for the next Nobel Peace Prize, or as an alternative, to spare the Nobel Institution the trouble, maybe Barack Obama could do the decent thing and hand over his.

Moscow has consistently represented upholding international law basing its policy on a multilateral approach using the UN Security Council as the proper forum for crisis management through the precepts of debate, discussion and dialogue, the fundamentals of democracy, while NATO in general and the FUKUS Axis (France-UK-US) in particular have consistently stood for a line which derides international law where it cannot be bent and manipulated.

The lessons of Iraq and Libya were clear for all to see, two monumental mistakes for western policy rendering their word totally worthless and untrustworthy. The Russian-Syrian proposal for Syria's chemical weapons to be placed under international control has drowned out the drums of war beaten by the sabre-rattling war lobbies surrounding Washington. A victory for Russian diplomacy over the warmongering bought politicians in positions of power in the FUKUS Axis. A victory for President Putin who played the game like a Grand Master of Chess while Obama, Cameron and Hollande crawled around the board like sniveling little pawns controlled by the lobbies which pull their strings.

Smash a bully one square in the face, give him a strong left upper-cut or stand square to him and say NO with determination and he will squeak, curl up into a ball and scuttle off into a corner. NATO's recent history has showed it is a cowardly organization which only attacks defenceless victims as it panders to the whims of the lobbies gravitating around Washington and its poodle states in Europe.

Libya showed that words are meaningless, diplomacy is derided and trusting the west is like listening to the sirens' song and getting shipwrecked. This time around, the international community, led by Russia, China, India, Brazil, sends a resounding NO to the evil corporatist cliques yearning for another war.

There is no concrete evidence that the chemical weapons attack on August 21 was perpetrated by the Syrian Arab Army or was ordered by President Al-Assad. There is a slight possibility that a rogue CIA-trained element fired something from behind Government lines, there is a stronger possibility that the attack was launched by the terrorists the west has supported. The Iranians told the USA a year ago that the Syrian terrorists had CBW, so if John Kerry says they did not, he is either an incompetent fool or a barefaced, blatant liar.

The decision not to go to war was not the result of any altruistic or humanitarian wish by those who have used chemical weapons, breached international law, deployed military hardware against civilian infrastructures to dole out billionaire rebuilding contracts, who have turned a blind eye to Israel's numerous war crimes, who turn a blind eye to Israel's WMD arsenal and who pander to the caprices of the Zionist elements within AIPAC.

The decision was a common-sense decision to step back from the brink of world war three after Moscow created a get-out card for Washington to save its face after President Nobel Peace Prize Obama painted himself into a corner through his total mishandling of the situation, supporting Islamist terrorists and then involving himself in a conflict he knows pitifully little about. He and his allies chose the wrong side.

This decision was brought about because today the people of the world, including the citizens of the United States of America, this time (and welcome!) came together and stood up to a war-mongering clique of neo-conservative corporatist bullies, because Russia and China and their allies, in syntony with the hearts and minds of humankind, said NO, because the lies that Washington and its NATO poodles spin fell flat and because the social media, like this outlet, and social networks worked themselves to a standstill sharing information, not threats, trading the truth, not lies, networking and not hacking and closing Facebook accounts or websites indiscriminately.

A battle, yes. The war, no. We have seen what happens when countries destroy their arsenals of weapons of mass destruction. Lesson 1: Iraq. Lesson 2: Libya. If this was the master plan from the beginning, for Syria to lose its WMD, then it will only work if the international community allows the evil forces behind this support for Islamist terrorists, murderers, rapists, arsonists, looters, thieves, torturers to prevail.

Everything today indicates that it will not, and the social media will be watching. And informing. And naming and shaming. Sure they can hack our computers; we can go to public libraries. Sure they can send death threats. We can say bring it on.

The bottom line is, be vigilant, share information, network and do not let them ever get away with their sinister little plans. And a final remark: welcome to the hearts and minds of the international community our heroic American brothers and sisters who stood with us.

Now on the issue of weapons of mass destruction, Syria suggested that the entire region should be free of WMD and what did Washington say? Nothing. Because it supports terrorists who use WMD and supports Israel because Washington's balls are caught in AIPAC's vice. Let's get real.