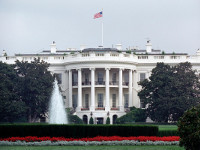 In several previous articles for Pravda.Ru, I discussed how there is a distinction to be made between the words "stupidity" and "ignorance."

As I explained, stupidity occurs when individuals are incapable of fully comprehending certain subject matters or issues, even after they examine all components or sides of them.

As such, even though it is often used as a pejorative, stupidity is not a bad thing.  The fact that some people excel in some areas while other people excel in other areas gives uniqueness to the individual and provides diversity to the world.

Ignorance, however, is damaging in all its forms.  Ignorance is the development of faulty perceptions or opinions that evolve through the use of incomplete and/or inaccurate information or knowledge that, in turn, emanates from the inability, failure, or refusal to examine all sides of an issue.

One type of ignorance is self-inflicted and internal.  I noticed a great deal of this ignorance in some of the responses to my recent article Trayvon Martin: I Hate to Say I Told You So.  It makes one incapable of empathizing with any interests or opinions other than one's own.  It makes one loath to read, watch, or listen to anything that deviates from one's own preconceptions.  It spawns racism, prejudice, intolerance, and injustice.

The second type of ignorance is imposed externally by corrupt, unethical, self-serving individuals who believe their ambitions, lusts, and greed can only be satiated by keeping others ignorant.  This is normally accomplished through a combination of censorship and control over a state or nation's educational system.

Whenever one thinks of internal and external ignorance, the state of Texas and the antics of its demagogic governor Rick Perry immediately come to mind.

In the past few years, several members of the Texas Board of Education have been engaging in a crusade to replace objective classroom textbooks with revisionist fables that espouse narrow-minded, right-wing points of view.  Although their efforts at censorship would be laughable-considering that they banned several children's books written by an author named Bill Martin Jr. because they confused him with a Bill Martin who authored a book on Ethical Marxism-the fear is that the volume of textbooks consumed by the Texas "educational" system might compel cost-conscious publishers to simply disseminate one set of textbooks for use throughout the nation, thus spreading the infection of Texas ignorance to other states.

Throughout history demagogues and tyrants have benefited both politically and economically by keeping the masses ignorant.  And nowhere is this axiom personified more graphically than by Texas's current governor Rick Perry.

Recently, for example, Perry endeavored to dupe gullible Texans into believing he is "pro-life" when he signed into law restrictions on abortion that could close the doors of many abortion providers in his state.

Yet Perry was not so "pro-life" when it came to Cameron Todd Willingham.

Willingham was convicted in 1991 of setting a fire that killed his three young children.  Although local investigators determined the cause of the fire to be arson, experts more proficient in such investigations submitted a report to Perry stating that the so-called "science" used to reach the arson conclusion was flawed, and that the cause of the fire was most likely accidental.

Despite this report, Perry signed Willingham's death warrant, and he was executed in 2004.  But, to Perry's dismay, the execution did not stop the inquiries into Willingham's possible innocence.

In 2005, the Texas Forensic Science Commission (Commission) decided to investigate the case.  But shortly before Craig Beyler, a nationally known fire scientist, was scheduled to testify, the corrupt, amoral Perry replaced the head of the Commission with his lackey John Bradley, who, in turn, canceled Beyler's appearance and instituted a new set of "rules" designed to sabotage the Commission's work.  (Bradley later sought to deny DNA testing to a convicted inmate named Michael Morton.  Fortunately, despite Bradley's efforts, Morton's DNA was tested and it proved that he had been wrongfully convicted of murdering his wife.  At the time of his exoneration, Morton had served almost twenty-five years in prison).

When the Texas Senate Nomination's Committee refused to renew Bradley's term in 2011, Perry simply reached out to another one of his lackeys, Texas Attorney General Greg Abbott, who then conveniently "ruled" that the Commission was barred from examining any evidence in cases that occurred prior to 2005.

Now Perry says he is considering making a run for the presidency in 2016.  But  a man so willing to go through such corrupt machinations to cover-up the possibility that he executed an innocent man, and a man so willing to provide inadequate and dishonest educations to children, would be America's, and the world's, worst nightmare.  After all, how many other injustices could he perpetrate, how much more corruption could he engage in, and how much more ignorance could he spread if given the reins to control one of the most powerful nations in the world?

Naturally one would hope that the respect for academic freedom and the embrace of diverse ideas, theories, philosophies, and opinions found on the campuses of numerous colleges and universities, particularly those in the public sector, would cure the ignorance that Texas textbooks inflict on America's youth.

Sadly, this is not the case.  While torturers and war criminals from the Bush administration have found refuge and protection in the cloistered halls of higher education, the same cannot be said for professors considered to be "liberal."

But, as it turns out, UC hasn't been the only enemy of academic freedom in recent years.  It was recently revealed by the Associated Press (AP) that Mitch Daniels also sought to undermine academic freedom during his tenure as governor of Indiana.

During this tenure, (as I discussed in Boycott Indiana, Pravda.Ru, 1/11/12, and The Ku Klux Klan Once Again Controls Indiana, Pravda.Ru, 11/12/12)  Daniels signed an order ending collective bargaining with public employee unions.  He also privatized several state-owned resources and services, and, in conjunction with his two corporate-controlled lackeys, House Speaker Brian Bosma and Senate Pro-Tem President David Long, passed a so-called "right-to-work" law to deplete the financial resources of labor unions.

As I also stated in the aforementioned articles, the fervor to pass this "right-to-work" legislation was clearly motivated by the Supreme Court's Citizens United decision, which destroyed democracy by proclaiming that corporations and labor unions are "people" for the purpose of "freedom of speech."

Since the exercise of freedom of speech-or perhaps more accurately politically effective freedom of speech-costs a lot of money in America, it is inevitable that the depletion of the financial resources of labor unions will magnify the voice and influence of the corporate interests in American politics.

But Daniels and his lackeys didn't stop there.  In an effort to deceive Indiana workers, they disseminated propaganda claiming Indiana citizens were overwhelmingly in favor of this "right-to-work" law.  Yet, to quash public commentary and protest, and to deny Indiana workers the time to study and learn what "right-to-work" really meant to their pocketbooks, Daniels and his lackeys "fast tracked" the passage of this legislation, then refused to submit it to a ballot referendum that would have given Indiana voters the opportunity to directly decide the "right-to-work" issue for themselves.

In its series of articles, the AP revealed that Daniels, while serving as governor, sought to ban certain books from classrooms and undermine college courses he considered to be "propaganda." E-mails obtained by the AP under the Freedom of Information Act also showed how Daniels borrowed a page from the playbook of the Colorado politicians who had threatened to withhold funding from UC for its initial refusal to fire Churchill, when he threatened to cut funding to a program that was supervised by one of his most ardent critics, Charles Little, an Indiana university professor and Executive Director of the Indiana Urban Schools Association.

Today Daniels-the man who worshiped at the altar of privatization while serving as governor; the man who helped make the corporate voice the only politically effective voice in Indiana; the man who lowered the incomes of thousands of Indiana workers; the man who sought to quash academic freedom; the man who denounced college courses as "propaganda," yet had no compunction about using propaganda himself; the man who attempted to abuse the authority of his office to silence critics-continues to feed at the taxpayer trough as president of Purdue University.

And, perhaps even more disgusting, he was, according to the AP, hired by the very board of trustees he himself appointed.

This is the reality of state politics.  Many, if not most, individuals who seek state political office are not doing so to serve the public interest.  Instead, they are doing so to cultivate contacts with corporate lobbyists, or (as in Daniels's case) to politically appoint lackeys, who can guarantee them lucrative careers in the private sector once their political terms or ambitions have expired.

Still, it would seem that Purdue would be embarrassed by these revelations.  Yet, instead of caring about the academic freedom of its students; instead of being concerned about how Daniels's hiring reeks of apparent, if not actual, corruption; instead of worrying that the man serving as its president lacks the tolerance and qualifications to do so, Purdue spent $380,000 to renovate Daniels's office, and its trustees recently gave him a $58,000 bonus as a "reward" for his first six months on the job.

This "reward" becomes even more insulting by the fact that it is more than many Indiana workers earn annually, and that most full-time employees don't even earn a week's paid vacation until they've worked for the same employer for at least one year.

After learning of Daniels's efforts to quash academic freedom, the American Historical Association, a nonpartisan group, issued a statement saying it "deplores Daniels's spirit and intent."

So, just as Joseph Welch asked Joseph McCarthy, I ask Purdue University:  "Have you no sense of decency, at long last?"

Given these revelations by the AP, it would seem the honorable thing for Daniels to do is resign.  But that would require integrity and a conscience, two things a greedy, self-serving hypocrite like Daniels clearly lacks.  So he will undoubtedly continue to feed on the taxpayer teat, his lackeys on the board of trustees will continue to financially reward him, and Indiana taxpayers and Purdue students will continue to pay the costs.

The greatest gift a human being possesses is the ability to think.  But thinking is not enough.  Human beings must also have access to the information that permits them to make fully informed decisions.  And this means having access to all learned points of view; therefore enemies of academic freedom are the greatest enemies of humankind, because they seek to control others' thoughts to achieve their own selfish ends.

Mitch Daniels is such an enemy.  His greed and hypocrisy, coupled with the shamelessness demonstrated by his lackeys on Purdue's board of trustees, give any human being who truly cares about honesty and fairness and decency just one alternative: