After the acceptance of the resignation of the Minister of Finance (the right arm of the Prime Minister Pedro Coelho) and his substitution with a figure who does not generate political consensus, the Minister of State and Foreign Affairs Paulo Portas follows suit and with him, the coalition government of PSD/CDS-PP falls apart. 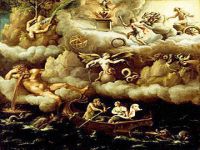 The first reaction of the Prime Minister was not to accept the resignation of Paulo Portas, who, however, had stated in his message of resignation that his decision was final. Today, the CDS-PP (Conservative) ministers Pedro Soares and Maria Cristas will also present their resignation and thereby the coalition government of PSD (Social Democratic Party) and CDS-PP will end. The resulting question is how long Prime Minister Pedro Coelho and his insistence on austerity policies will be able to last.

Firstly, let us set the background. Portugal was not prepared to enter the European Union back in 1986 and only did so because the then-President Mário Soares had a special relationship with his friend François Miterrand and secondly, Europe felt that Portugal could ride in on the back of its larger neighbor, Spain. There then ensued one decade (1985-1995) of the Premiership of today's President, Anibal Silva, during which time billions of dollars-worth of investment poured into Portugal but was ineffectively invested. Instead, the Portuguese Governments preferred to receive pats on the back and praise about being "a good student" by obediently destroying agriculture, industry and fisheries in return for dubious trade-offs, as France grabbed the agriculture, Spain the fisheries and Germany the industry.

A football crowd would have given Portugal some twenty consecutive "olé's" as Lisbon floundered around with socially negative anti-developmental policies carried out either by the politically myopic or, allegedly, in some cases, dishonest characters whose passage in Government was an exercise in self-promotion or enrichment. The more time passed, the worse it got.

Secondly, let us be honest. Portugal's Revolution in 1974 was a half-Revolution which ended up being a coup d'état by the sons of the previous regime because the ideals of the Revolutionaries were systematically neutered by reactionary measures put into practice by Portuguese politicians working in league with the CIA and its financial advisors, who did to Portugal what every husband is supposed to do to his wife on their wedding night.

Part of the revolutionary process was the decolonization of Portugal's overseas "provinces" (Angola, Cape Verde, Guinea-Bissau, Mozambique, São Tomé and Principe Isles in Africa and East Timor in Asia, which was annexed by Indonesia) and the assimilation of some 11 per cent of its population (those who "returned" to Portugal, "os retornados") in one fell swoop. Many of these ended up in the civil service, making it top-heavy and a burden for public finances.

Thirdly, let us be sensible. Being the Minister of Finance in Portugal these days with Brussels and the Troika dictating policy, is like sending a one-armed trainee chef into an ill-equipped kitchen with orders to cook a ten-course gourmet dinner for the world's top food critics with the other arm tied behind his back. Conclusion: it is a one-way road to Hell and an invitation to get third-degree burns and hence the appointment of Maria Luis Albuquerque, from the Finance Ministry, as Finance Minister, continuing the same policy of austerity which has pushed Portuguese society to the limits.

However, let us also not exonerate the PSD from its historic responsibility to govern with emotional intelligence. The PSD is in political terms the father of the Portuguese crisis, ably helped by a PS (Socialists, in name at least) which claims to provide a credible opposition but in fact puts into practice more of the same. In Government for the ten years after Portugal's adhesion to the EEC/EC, the PSD failed to prepare the country for the challenge, the only saving grace being the fact that Portugal was not prepared at the time and the PS, subsequently, did nothing to redress the balance.

And let us not exonerate Vitor Gaspar's failure to manage his Ministry with vision and the understanding that economics is not only a cognitive science, it is also, and fundamentally so, a human science and the effects of management by Excel sheets, with the maneuvering of figures creating sexy bottom lines, can be exponential in human terms.

During a war, Pedro Coelho would be a hero, and especially as President, staying the course in the face of the most insurmountable odds - in his case he reaches his Peter's Principle before he attains the pinnacle of his incompetence. As Prime Minister, and especially during a social and economic crisis, his intransigence works against him by creating an ever-growing list of enemies, his stubbornness comes across as arrogance or narrow-mindedness and his insistence on austerity measures, which in Portugal do not and cannot work, ever, may endear him to Mama Angela Merkel and the lobbies for whom he may work in the future, successfully.

The reality is, however, that in Portugal he has managed to isolate himself and lose his coalition partners, adding a political crisis to an economic and growing social one which he has done nothing to soften. One could conclude that the Portuguese government has lost its credibility to govern, but that is for the Portuguese to decide.