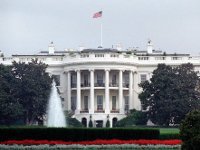 In response to the rise of China as the new global superpower in the early decades of the 21st century, the U.S. in 2012 officially started a new foreign policy known as the "Pivot to East Asia" (or "Pivot to Asia" in short), whose main objective is to shift its attention to East Asia as the epicenter of world affairs, so as to "strengthen...bilateral security alliances," to "expand...trade and investment," to "forg[e]...a broad-based military presence," and to "advance[e]...democracy and human rights" in the region, among other things.

The first major financial problem is that, because of the protracted financial crisis in the U.S., "cuts to defense spending," as Todd Harrison, a budget expert at the Center for Strategic and Budgetary Assessments, rightly pointed out, "could rise to $900 billion over [the next] 10 years." And Larry Summers, a professor of economics at Harvard University, already warned that "the total amount of debt we owe will continue to grow at a faster rate than the nation's income and the reductions in entitlements"; for instance, "there are estimates that the debt limit might have to be raised by an amount between $730 billion and $1.25 trillion in 2013 and another $1.3 trillion to $2.2 trillion in 2014. Under these circumstances, for the US to increase its GDP would require a combination of tax increases and budget cuts of as much as $3.45 trillion over the next two years-not the 10 year period to cut $4 trillion the Obama administration is proposing," but this requirement will most likely not be met at all, as reported by Robert Lenzner for Forbes on May 12, 2012.

It is thus no wonder that Winslow Wheeler, director of the Straus Military Reform Project of the Project on Government Oversight, when "asked whether the United States can put together enough money to fund a buildup in Asia, Wheeler says no," and his prediction is this: "It's not going to happen...It's that simple. The military budget is going down," and "the Pentagon, Wheeler says, cannot afford either more ships and planes or what some people believe is a quick-fix solution, namely, greater use of high-tech, remote-warfare drones, other unmanned vehicles, and long-range options. 'It's all too expensive,' he says," as reported by Robert Dreyfuss on December 05, 2012.

And the second major financial problem is that China will overtake the U.S. as the world's largest economy by the end of 2016, according to an estimate on the more accurate GDP (PPP) by the IMF. In another estimate by Hu Angang on June 07, 2013, "China's economy will become twice as big as that of the United States and larger than both the US and the EU combined" in about 2 decades. By 2025, according to a report by the OECD, "the combined GDP of China and India will be bigger than that of France, Germany, Italy, Japan, UK, US and Canada put together," as reported by Josephine Moulds for The Guardian on November 9, 2012. Also, according to a recent report by the World Bank, "on the investment side, China is...projected to become the largest, providing 30% of total [global] investment by 2030," or more precisely, "to become the largest saver by a landslide, accounting for $9 trillion in 2010 dollars by 2030. India ranks the second with its $1.7 trillion," as cited by RT on May 17, 2013. In this light, will the U.S. really have the financial means to compete with China in the longer term, when it is no longer #1, not even #2?

The second false assumption behind America's "Pivot to Asia" foreign policy is that the U.S. has the firm political support, both at home and abroad, of the policy. However, on the political side, this new foreign policy is historically ill-timing, due to two major problems.

The first major political problem is that, as Thitinan Pongsudhirak, Thai political scientist, speaker and Professor at Chulalongkorn University in Bangkok, warned on December 10, 2012, "it is...debatable that to what extent the United States can realize the policy when it has been trapped in the quagmire of the Middle East situation for a long time and consumed considerable energy and resources" to focus its attention there.

And the second major political problem is that the allies of the U.S. in the region are fickle in their support. The major false assumption here is that different countries in the region will support the U.S. to counter the rise of China, and good examples include South Korea, Japan, Australia, Singapore, the Philippines, and Vietnam. But many of these countries have their own interests to pursue, and their stand shifts over time, as the situation changes. Vietnam (or North Vietnam at the time), for example, used to be a firm ally of China against the U.S. during the Vietnam War but quickly shifts its geopolitical focus nowadays to use the U.S. against China. Similarly, the Philippines kicked the U.S. out of its military bases some years ago but now courts the U.S. to return so as to play the U.S. card in its "territorial dispute" with China. Is the U.S. really so innocent as to count on the support of these countries, while it may well be manipulated by them for their own local interests instead, which easily change as the situation changes?

In fact, the more powerful China becomes in the longer term, the more many countries in the region will find it vital to work together with China, instead of joining the U.S. to contain it. A good illustration of this is the example of Australia, which, long considered as a staunch U.S. ally in the region, is now shifting its stand towards China in its "2013 Defence White Paper" released on May 3, 2013, and "one area of surprise is the paper's claim that 'Australia welcomes China's rise,'" and "the report indicates that the Australian government does not believe that it 'must choose' between China and the U.S." and "does not approach China as an adversary," so "this should serve as a reality check for those in Washington who believe that Australia will serve as a key contributor to the Pentagon's future AirSea Battle plans against China," as reported by Wendell Minnick on May 05, 2013.

And the third false assumption behind America's "Pivot to Asia" foreign policy is that the U.S. enjoys its military dominance in a way that China cannot match. However, on the military side, this new foreign policy is historically ill-timing, due to three major problems.

The first major military problem is that the U.S. defense experts have time and again misread and underestimated the Chinese military. In an article titled "Why U.S. Defense Experts often Misread China Military?" published in China Defense Mashup on December 01, 2012, there was a detailed analysis of historical examples of Chinese military development which got Western defense experts by surprise, like the development of aircraft carriers, stealth fighter aircrafts, carrier killers, and many others.

The second major military problem is that the Chinese military has advantages in its own backyard, as Toshi Yoshihara and James Holmes recently wrote for The Diplomat on May 20, 2013: "For a variety of reasons-distance from the theater, the consequent need for forward bases and logistics fleets, expensive weaponry, salaries, and pensions-it costs the United States far more than China to stage a unit of combat power at a given place in maritime Asia," and a good illustration is that, "under the pivot to Asia, sixty percent of the U.S. Navy's 72-vessel submarine force now calls the Pacific Ocean home. But 18 of those 72 submarines are Ohio-class ballistic- or cruise-missile boats (14 SSBNs, 4 SSGNs) meant for shore bombardment. That leaves 54 attack submarines (SSNs) suitable for a tilt against the PLA Navy, sixty percent (32-33 submarines) of which will be in the Pacific. That may sound like a lot, but bear in mind that no unit is ready for service all of the time. Routine upkeep, extended overhauls and refueling, crew rest, and training all have claims on a vessel's schedule."

And the third major military problem is that the Chinese military is fast closing both the quantitative and the qualitative gaps with the U.S., as Toshi Yoshihara and James Holmes recently wrote for The Diplomat on May 20, 2013: "For one thing, China's surface fleet is quickly catching up. Mariners are cementing core competencies while closing the capability gap....Now,...near-state-of-the-art systems on board some Chinese combatants outrange the anti-ship weaponry sported by U.S. aircraft....At the same time, the PLA Navy has armed its warships to the teeth with a family of Russian- and Chinese-made anti-ship cruise missiles (ASCMs) boasting ranges of 120-130 nautical miles....Thus both the defensive and offensive sides of sea combat are stacking up in China's favor-progressively eroding the tactical advantages of U.S. naval power." And in a recent study by the Carnegie Endowment for International Peace, "in the next two decades, China will reach the U.S. in its military capabilities...," with the consequence of "causing U.S. hegemony to gradually weaken with increasing Chinese military capabilities" in East Asia, as reported by Lisa Karpova on April 15, 2013.

Surely, all these examples on the financial, political, and military false assumptions behind America's "Pivot to Asia" foreign policy are illustrative, not exhaustive. But the main point to remember here is that America's "Pivot to Asia" foreign policy in the early 21st century rests on some false assumptions, which therefore make the policy grounded more on wishful thinking than on feasible reality in the longer term, however much the Obama administration (together with the Clinton and Bush administrations) would like both those at home and those in the rest of the world to believe to the contrary.