France, UK, US (FUKUS). The FUKUS Axis is the Evil Empire, whose policies are controlled by the lobbies and corporations which place politicians in power or else close ranks around them after neutering their more progressive policies. We are speaking about FUKUS in particular and NATO in general. And a re-run of Libya in Syria. 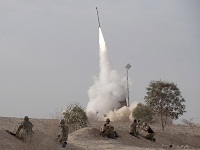 Has anyone heard the phrase "a no-fly zone" before? You know, the one that was used "to stop Gaddafi bombing his own people". He wasn't. When SKY News was asked by Saif al-islam al-Qathafi to show him where the alleged bombings had taken place, they were unable to find them.

Does anyone remember the lies that the Syrian government has used chemical weapons? They haven't. The UNO said so, and added that the probability was (duh!) that the ones using such weapons are the "opposition" (terrorists supported by NATO).

And now here we are again with the FUKUS Axis speaking about a "no-fly zone" initially near the Jordanian border, for humanitarian reasons, after American warplanes have already been stationed in the area.

Here is what will happen: a massive false flag operation will take place to incriminate the Syrian government, the FUKUS troops already on Syria's Jordanian border will move in, to "stop al-Qaeda taking control" of a situation they themselves started, there will be promises to Russia and China that the no-fly zone will be limited and regionalized.

Then after that there will be a spectacular mission creep, as we saw in Libya, then a manhunt will be launched against President Assad, and then children will be targeted (remember the Gaddafi grandchildren?) as "legitimate targets". Then we will see special forces on the ground ("we do not discuss the actions of special forces") and we will see an ever-growing army of Islamist fanatics entering the fray, financed by the Gulf Cooperation Council and backed by NATO.

This is the final stepping stone towards the Islamic Republic of Iran, and after this, the next stop on the line is Siberia (Russian Federation) and finally, the PR China.

Syria is the line in the sand. The West must be stopped. And now. Remember appeasement, and Hitler?