Syria: Suppose, for once, the international community came together and judged the real culprits for what they have done? For a world brought up on Cold War bullshit from Washington and London, this is not going to happen. For now. But let us start documenting the criminal activities of the FUKUS Axis (France - UK - US) for posterity to judge. 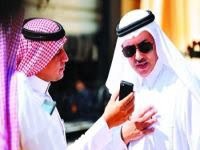 The West has painted itself into a corner in Syria. Hardly surprising for former imperialist powers and their abortions, populated by their failures and criminals sent overseas to penal colonies which later assumed nationhood. Let us be honest and see the catalogue of massacres perpetrated by the FUKUS Axis: "Don't shoot till you see the whites of their eyes, the savages, eh what?" Then the clatter of the machine gun cowardly strafing down line after line of warriors with spears, daring to defend their territory from marauding murderers from overseas.

Bad? Yes, we all accept that. But what is not acceptable is the sheer complacency with which the populations of the FUKUS countries shrug, get on with their little lives, and ignore, or pretend to ignore, the atrocities their governments are committing, controlled as they are by supra-national external lobbies representing the business, arms, banking and drugs lobbies.

This document was sent to the International Criminal Court at The Hague and to the European Court of Human Rights. Not one note of recognition was received, not one courtesy of a reply. Nothing. Silence. True, the reason why the document was sent was precisely to garner this (non-)reaction and therefore the absence of a reply was not only wholly predicted, but also a victory which I will use for decades to come.

And the more it is used, the worse the record of the FUKUS Axis' foreign policy becomes. Moving from Libya to Syria, suppose someone started telling the truth? Who is behind the unrest and the terrorist forces? The FUKUS Axis, using Turkey, Qatar and Saudi Arabia.

Interfering in the internal affairs of a sovereign state is, under international law, a crime. True, the FUKUS Axis does not respect international law but that does not mean that it does not exist. Neither does the absence of a proper court of law applying the same set of weights and measures to all mean that the FUKUS Axis can impose imperialist measures on sovereign nations unpunished. The history book is the ultimate judge and it is far heavier than any breached UNSC Resolution.

So suppose we started implementing international law in Syria, where the government forces have been fighting against terrorist elements unleashed by the west and their bedpals in the Middle East, and suppose we started apportioning the blame to those who started the conflict?

In this case, the west has yet again to be confronted by a law case, and its agents must be held accountable.

I am not going to waste another 4 months of my time presenting a case that will get nowhere but let the one I already did serve as an example.