Understanding Obama and other people who kill 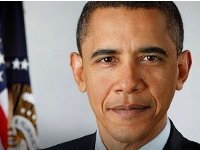 It takes someone with a particular psychological profile to kill people. Most of us cannot do it even when ordered to do so. Studies have shown that even in combat situations under enemy fire many soldiers either do not shoot or 'aim to miss'.

People who deliberately kill have suffered an extraordinary level of terror and violence during their own childhood and this leaves them particularly badly emotionally damaged. This might be concealed behind a good-looking face and/or a superficially pleasant personality. So what is the psychological profile of a killer, whether political leader, corporate executive, terrorist or someone who commits murder on our streets? Careful scrutiny and analysis reveals that these individuals share at least 23 feelings/attributes most of which are invisible to casual observation. See 'Why Violence?' http://tinyurl.com/whyviolence I will identify just twelve here.

Third, because they are terrified, they are unable to defend themselves against the original perpetrator(s) but also, as a result, they are unable to defend themselves against other perpetrators who attack them later in life. This lack of capacity to defend themselves leads to the fourth and fifth attributes  - a deep sense of powerlessness and a deep sense of self-hatred and this latter attribute, in turn, negates any sense of personal self-worth, leaving them with an extremely negative conception of themselves as 'bad', the sixth attribute. However, and this is vitally important, it is too terrifying and painful for the perpetrator to be consciously aware of any of these feelings/attributes: they remain deeply embedded within their unconscious and they are not necessarily apparent to others.

Eighth, archetype perpetrators of violence have a delusional belief in the effectiveness and morality of violence; they have no capacity to perceive its dysfunctionality and immorality. Ninth, because they are terrified of identifying that they are the victim of the violence of their own parents (and/or other significant adults from their childhood) and that this violence terrified them, archetype perpetrators unconsciously delude themselves about the identity of their own perpetrator. They will unconsciously identify their 'perpetrator' as one or more individuals of whom they are not actually afraid from an existing 'legitimised victim' group because this or these individuals are either clearly not threatening (to them) and/or are vulnerable in some way. This identification might be limited to their own children and/or be a larger social group such as people who are black, Islamic or Palestinian, for example. It might also include the impoverished masses of people in Africa, Asia and Central/South America.

Tenth, archetype perpetrators unconsciously project their self-hatred, one outcome of their own victimhood, as hatred for their victim. This enables them to both self-justify their behaviour and to obscure from themselves their true but unconscious motivation: to remain unaware of their own terror, defencelessness, powerlessness, self-hatred, self-worthlessness, and all of the other unpleasant feelings that make them become perpetrators of violence.

Eleventh, archetype perpetrators have an intense fear of knowing the truth: it is safer to believe that their carefully but unconsciously chosen victim, who is always much less powerful than the perpetrator, is 'the problem' (and thus gain the desired, but delusionary, sense of 'having control'). The truth would require them to stand up to the actual perpetrator and, of course, this is utterly terrifying.

Twelfth, archetype perpetrators of violence lack the courage to heal; that is, they delude themselves that their own fear and terror are not responsible for their violence because they are too terrified to take responsibility for feeling this fear and terror as the central component of any strategy for dealing truthfully and powerfully with their violence.

Perpetrators of violence need our understanding and support: they are people who are badly emotionally damaged. But their violence needs to be nonviolently resisted as well. If not, perpetrators in powerful positions will drive us to extinction as they endlessly seek delusional relief from their own fear, self-hatred and powerlessness by inflicting violence on the rest of us.

They do so because they feel courageous and powerful; they have a deep sense of Self-worth and can ascribe worth to others; they have well-developed feelings of compassion, empathy and sympathy; they have a clear conscience; they abhor violence and injustice, as any emotionally undamaged individual must do, and they know that violence cannot achieve any desirable social outcome; because of their courage and power to act, they have no self-hatred to project; they love the truth and do what they can to expose it, even at risk to themselves; and, perhaps most importantly of all, they are self-loving which means that they can love others too. Self-love is true love: the individual that does not truly love itself cannot love another.

If you like, you can ask yourself this: which of these two psychological profiles most accurately fits you? If you see yourself with something like the latter profile, you might wish to consider signing online 'The People's Charter to Create a Nonviolent World' http://thepeoplesnonviolencecharter.wordpress.com

Robert has a lifetime comitment to understanding and ending human violence. He has done extensive research since 1996 in an effort to understand why human beings are violent and has been a non-violent activist since 1981.

He is the author of 'The Strategy of Nonviolent Defense: A Gandhian Approach', State University of New York Press, 1996. His email address is [email protected] and his website is at http://robertjburrowes.wordpress.com