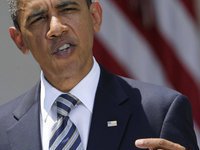 The underinsurance problem grows. The Journal of General Internal Medicine (JGIM) approved publication of their analysis.

According to Himmelstein, it's "lowering the bar for health insurance."

"The new coverage sold through the insurance exchanges will leave many families paying 40 percent of their health costs out-of-pocket even after they've laid out thousands for premiums."

"And the administration is allowing states to institute co-payments under Medicaid, even for the poorest of the poor."

"Over the past 25 years the financial protection offered by health insurance has steadily eroded. The consequences are grave, not only financially but also medically."

"For instance, we know that heart attack patients who face high co-payments delay coming to the ER, threatening their lives."

Underinsurance is the new normal. ACA "will reduce the number of uninsured from 50 million to 30 million, but the new coverage is full of holes."

"Americans deserve the kind of first-dollar, comprehensive coverage that Canadians already have."

"But that's only affordable under a single-payer system that cuts out the private insurance middlemen."

Growing millions can't afford it. Ralph Nader called ACA "a pay-or-die" system. It underinsures. It leaves millions out. It's unaffordable. It's more deform than reform. It's a scam.

It's a healthcare rationing scheme. It's a boon to predatory providers. It's a plan to enrich insurers, drug companies, and large hospital chains.

It does nothing to control costs. They're spiraling out of control.

America has high cost-sharing. Its costs are highest by far. In 1981, Canada outlawed co-payments and deductibles. It's had "faster health improvement and slowed cost growth."

Administrative burdens and costs are minimized. Scotland considers patients owners of their health care system, not customers. Its costs are half what Americans pay.

A stealth scheme plans to weaken Medicare. Doing so will force millions of low-income recipients into predatory private plans.

Under ACA, she said, millions of Americans "will gain Medicaid or private insurance in 2014." Research shows that many middle-income adults are underinsured.

Less is known about underinsurance among low-income adults. More than one-third aren't properly covered. Over one quarter of Medicaid recipients are underinsured.

Healthcare costs keep rising. ACA is an experiment doomed to fail. "At the root of this problem is the private health industry...." Large private insurers, drug giants, and hospital chains are beholden to Wall Street and shareholders.

"They also drag down our health system with the costly paperwork and bureaucracy they inflict on doctors, hospitals and patients."

"By replacing the private insurers with a streamlined single-payer system, we can save over $400 billion squandered annually on wasteful paperwork. That's enough money to cover all of the uninsured and to eliminate all co-pays and deductibles."

Gazette editors called his solution "exactly on target. It's shameful that America is the only modern democracy without a national health system covering everyone."

"(M)edical care should be a human right for all."

Obamacare denies it. It requires virtually everyone to have health insurance. Millions unable to afford employer coverage will be ineligible for federal financial aid. On January 1, 2014, fully-certfied health insurance exchanges become operational.

According to First Focus president Bruce Lesley, up to 500,000 children may remain uninsured. "The children's community is disappointed by the administration's decision to deny access to coverage for children based on a bogus definition of affordability," he said.

ACA stipulates that coverage can't cost more than 9.5% of family income. Recipients it considers able to buy insurance are ineligible for subsidies.

Affordability is based on individuals. Family coverage is nearly threefold higher. If employers don't provide it, recipients are out of luck.

It bears repeating. ACA is a scam. Obama and Congress are beholden to Big Money interests. Washington is corporate occupied territory.

The business of America is business. Every agency is infested with industry officials and lobbyists. They control policy. What they want, they get. Ordinary people are betrayed.

ACA is one of many examples. It made America's dysfunctional healthcare system worse. It enriches providers. It sacrifices health for greater profits.

It's unaffordable. It doesn't protect. It underinsures. It forces millions to choose between life or debt. It reflects irresponsible governance. Obama bears full responsibility.