Thatcher and the globalization of mediocrity

Margaret Thatcher was anything but mediocre, whichever side of the political divide one is on. Some of the reactions to her death are, however, a clear sign that we live in a globalized economy in a globalized world in which it is easier to have a globalization of a disease than plain good manners. 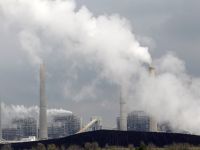 However, a political figure must not only be taken within the context of the mandate (to study Margaret Thatcher 1979-1990 one must examine the vectors at play from 1978 to 1991, at the very least) but also, criticism should be leveled when the mandate is active, not carried through into retirement when the person does not have the possibility to defend him/herself and certainly not after death.

In a globalized world of globalized human values, the death of any human being, whatever their political and economic beliefs, should surely be a tragedy, not least for the family concerned. We obviously do not live in a world of globalized values - the street parties, with champagne corks flying, the banners "the cow is dead", reference to "the bitch" and "the witch", are surely unnecessary, mean, low and irreverent manifestations of the worst kind of gloating and revenge - over a dead body.

Certainly, not all British people behaved in the same way and for sure many are appalled. But does it really surprise anyone that such mediocrity, such an absence of decency, should manifest itself in a world whose children have on average witnessed 100,000 scenes of extreme violence on TV by the time they are 12 years old, in a world in which education systems have collapsed to the point where students beat teachers, where standards of good writing and even correct speech have disappeared?

It is the same world in which primary school pupils now celebrate their passing to middle school with a "finalists' trip", in which adolescents draw up their life plan, complete with ambitions and objectives such as going to study in the USA, or Brazil, or trekking in Pakistan and expect someone to pay for it.

It is the world in which employment has become almost a privilege, meaning that globalized workers' rights have been swept off the table, it is a world in which human rights and freedom of speech are being attacked daily by the very nations which spent decades claiming to be the upholders of righteousness, it is a world in which the same powers (NATO) have devised a foreign policy centered on supporting terrorists and terrorism (the British FCO supported a group in Libya - LIFG - on its own list of proscribed groups).

It is a world in which Netiquette has followed etiquette down the sewer, in which it is cool to trawl through the net, stalk people, post slanderous details and wrong information in the hope that the smear will stick, with the excuse that "the information was all in the public domain". NATO countries are full of such beings. It is rather like giving Aunty Maud's address to a group of drug addicts after she refused to foot the bill for an Inter-rail trip, hoping they will kick her teeth in after they have stolen her savings.

The rub is, people who behave like this actually try to justify their actions. And they probably believe they are right.

It is a dangerous world which can spiral downwards so easily, in which tit-for-tat can escalate to the brink of a catastrophe, something we are witnessing today in the Korean Peninsula, where the Republic of Korea and its bully boy bedpal, the USA, started the present climate of confrontation with unnecessary and provocative military exercises, then purposefully misquoted the Democratic People's Republic leadership and lied, yet again, about the real issues behind the scenes.

On a personal level, at an international level, on a globalized level, the role model has become some emaciated drug addict hanging on to a microphone looking pained and unhappy, as if he were mentally disturbed and on the margins of society (the rock star), the role model is the soccer player hanging on to a cell phone, bedecked with gold rings and diamond ear-rings with a stupid haircut and tattoos all down the left arm, as he climbs into the latest Mazerati and speeds off down the road, probably after spitting and trying to kick someone, and massacring his language.

But then again, what to expect, in a world in which NATO just two years ago strafed the Libyan electricity supply to deprive babies of warmth and which bombed the water supply "to break their backs"?

It comes as no surprise, therefore, that people who claimed Margaret Thatcher impoverished them can spend tens of pounds popping champagne corks in the street celebrating someone's death.

Where it the "Get off this planet" station? I want to leave.