What a wonderful world

It's the old 80/20 rule applied to the world population... The World Federation of Trade Unions reveals that there are 1,426 billionaires on our planet while 80% of the world population lives with ten USD per day. The gap is rising. International law does not exist, workers' rights have been swept off the table since Y2K. What a wonderful world. 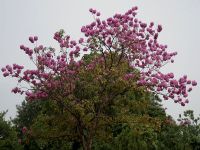 The World Federation of Trade Unions reveals the shocking information that according to the Forbes List of Billionaires 2013, 1,426 people have gathered a net worth of 5.4 trillion dollars (five point four thousand billion USD) which is an increase of 800 billion dollars in the last twelve months.

The last twelve months when millions of people have been swept into unemployment, leaving a deficit of jobs on an endemic basis in developing and developed economies alike, leaving up to 40 per cent of young people unemployed in some countries. The net result of the wonderful economic model the world has adopted in the last thirty years is what we see: boom and bust economies which cannot cater for the needs of their citizens.

There is money for wars, there is no money for schools and healthcare infrastructures, decent public transportation, pensions and public services. Money was made available to bomb the Libyan water supply "to break the backs of the population", money was made available to provide weapons to terrorists on the British Foreign and Commonwealth Office's own list of proscribed groups.

Billions were made available for NATO's wars in Iraq and Afghanistan, by the same powers that today aid and abet terrorist organizations in Syria.

If they feathered their own nests with these illegal energy wars to gain control over natural resources and pander to the whims of the anonymous groups which control and dictate their foreign policy while at the same time providing public services, people would not notice so much.

But spending billions upon wars, murdering people, strafing civilians with bombs, conducting foreign policy based upon lies, deceit and breach of international law, while at the same time not providing jobs, or housing, or education, or decent healthcare programmes, reliable public transportation, those who control our economies today place themselves accountable for their incompetence to govern and for their crimes.

And here is the rub: the cynical manipulation of the law and the token sacrifice of a public figure from time to time, presented with a nice soundbite such as "in this country nobody, whoever they are, is above the law", while war criminals go unpunished, is proof of the disgusting and unacceptable place our planet has become.

The people of the world will once again have to come together, to network and to provide projects to gain back public services while guaranteeing their rights as human beings and as workers. Next time around, pay better attention to the reactionary forces lurking in the shadows. Who they are today is patently obvious.