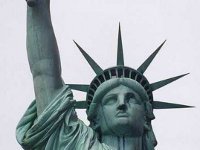 Officially, since June 2009 the US economy has been undergoing an economic recovery from the December 2007 recession. But where is this recovery? I cannot find it, and neither can millions of unemployed Americans.

The recovery exists only in the official measure of real GDP, which is deflated by an understated measure of inflation, and in the U.3 measure of the unemployment rate, which is declining because it does not count discouraged job seekers who have given up looking for a job.

The low interest rates raise the prices of the mortgage-backed derivatives and other debt-related assets on the banks' balance sheets at the expense of interest income for retirees on their savings accounts, money market funds, and Treasury bonds.

Despite recovery's absence and the lack of job opportunities for Americans, Republicans in Congress are sponsoring bills to enlarge the number of foreigners that corporations can bring in on work visas. The large corporations claim that they cannot find enough skilled Americans. This is one of the most transparent of the constant stream of lies that we are told.

Foreign hires are not additions to the work force, but replacements. The corporations force their American employees to train the foreigners, and then the American employees are discharged. Obviously, if skilled employees were in short supply, they would not be laid off. Moreover, if the skills were in short supply, salaries would be bid up, not down, and the 36% of those who graduated in 2011 with a doctorate degree in engineering would not have been left unemployed. The National Science Foundation's report, "Doctorate Recipients From U.S. Universities," says that only 64% of the Ph.D. engineering graduates found a pay check.

As I have reported on numerous occasions for many years, neither the payroll jobs statistics nor the Bureau of Labor Statistics' job projections show job opportunities for university graduates. But this doesn't stop Congress from helping US corporations get rid of their American employees in exchange for campaign donations.

There was a time not that long ago when US corporations accepted that they had obligations to their employees, customers, suppliers, the communities in which they were located, and to their shareholders. Today they only acknowledge obligations to shareholders. Everyone else has been thrown to the wolves in order to maximize profits and, thereby, shareholders' capital gains and executive bonuses.

By focusing on the bottom line at all costs, corporations are destroying the US consumer market. Offshoring jobs reduces labor costs and raises profits, but it also reduces domestic consumer income, thus reducing the domestic market for the corporation's products. For awhile the reduction in consumer income can be filled by the expansion of consumer debt, but when consumers reach their debt limit sales cannot continue to rise. The consequence of jobs offshoring is the ruination of the domestic consumer market.

Today the stock market is high not from profits from expanding sales revenues, but from labor cost savings.

US economic policy has been focused away from the real problems and onto a consequence of those problems-the large US budget deficit. As no interest group wants to be gored, Congress has been unable to deal with the trillion dollar plus annual budget deficit, the continuation of which raises the specter of dollar collapse and inflation.

John Maynard Keynes made it clear long ago, as has Greece today, that trying to reduce the ratio of debt to GDP by austerity measures doesn't work.

Among the countries in the world the US is in a unique position. It not only has its own central bank to provide the money necessary to finance the government's deficit, but also the money that is provided, the US dollar, is the world's reserve currency used to settle international accounts among all nations and, thus, always in demand. The dollar thus serves as the world's transaction currency and also as a store of value for countries with trade surpluses who invest their surpluses in US Treasury bonds and other dollar-denominated assets.

Without the support that the reserve currency status gives to the dollar's exchange value (its price in foreign currencies), the enormous expansion in the quantity of dollars produced by the Fed's years of quantitative easing would have resulted in a drop in the dollar's exchange value, a rise in interest rates, and a rise in inflation. Since my time in government, the US has become an import-dependent economy, and import-dependent economies are subject to domestic inflation when the currency loses exchange value.

To sum up, the corporations' focus on the bottom line has disconnected US incomes from the production of the goods and services that the American people consume, thus weakening and ultimately destroying the domestic consumer market. The Fed's focus on saving banks, which mindless deregulation allowed to become "too big to fail," has created a bond market bubble of negative real interest rates and a dollar bubble in which the dollar's exchange rate has not declined in keeping with the large increase in its supply. Both the corporations and the Fed have created a stock market bubble based on profits obtained from labor arbitrage (the substitution of cheaper foreign labor for US labor) and from banks speculating with the money that the Fed is providing to them.

This situation is untenable. Sooner or later something will pop these bubbles, and the consequences will be horrendous.