The global crisis and the appropriation of wealth 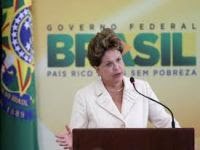 The global economic crisis has demonstrated the methods, every day, that the ownership of wealth is less concealed  by the powerful, be they individuals, groups corporations or countries, and the examples of this are not as far as we imagine, the 'distant' wars promoted by NATO in Iraq, Iran, Afghanistan, Libya, Syria, Mali ... They are right under our nose. Sooner or later it will reach all of us

By Gelio Fregapani
However, it seems that after interfering too much in the Middle East, the U.S. seems likely to avoid further wars without end. Increasingly they are making use of their intelligence,   their Special Forces and their allies to achieve their goals, leaving the military to be a last option.

In our particular case in Brazil, we know that our country, as a whole, is unconquerable and we would transform an invasion into a "war without end," except in areas outside our reach militarily, such as some of the Indian reservations in the massive mountains of Guyana and the subsalt. It is on these war hypotheses that our staffs should adjust for. How the actions of foreign intelligence services, buy NGOs and politicians.  We can only hope that President Dilma gets rid of the corporate influence of Lula.

The crisis of western societies is coming to an end, with a society no longer based on the family unit! People no longer marry, traditional families crumble at a breakneck pace, the new generations do not want children, to the extent that they are even threatening the extinction of the original population.

Before this extinction, the general aging of the population makes it impossible for welfare and social care, breaking the bonds of common projects, hindering the creation of strategies and joint action, not even considering the drug problem.

In history, the breakdown of morals was the basis of the destruction of all great nations.

Meanwhile, prolific Islamic populations will occupy this space and impose their laws and their religion.  With simple demographic pressure, they will replace us in the west if something is not done.

As for our country, we are now lighting up the lamps of warning, with the aggravation of having a large still occupied territory.

*Contents do not reflect the agreement or disagreement of the translator.