Everybody gets pushed out of the way 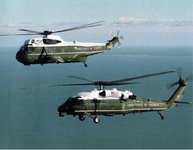 Alright, this is Pravda. In Russian, it means truth, ok? So in these days, does it help to tell the truth? Well, you know. Do they love the truth in America? Well, you know. They love the truth here, they just don't always act on it, but even the DOD likes the truth. But there are people who warp and twist the truth. A lot of times it's the history books. So that the world can know the truth, and the kids in school particularly, and in foreign countries the readers of Pravda, and the adults who once were kids and still remember, including the Presidents of the United States who can't escape this-at all, including President Obama, or any of the others, will all have to just sit down. Everybody just gets pushed out of the way.

You know Bell. They make helicopters, commercial and military. Two of the well known ones are Huey and Cobra, around the world now. Go to Google. Type in Bell Helicopters. You'll see so many it isn't even funny, some of them fully armed, in all four branches no less. Bell is big with the military. Every single CEO at Bell, every single helicopters- in all of the U.S. Military-go look, all of them, everyone, not a single screw or bolt belong to Bell or its executives. Not even a gas cap. All of Bell, gets pushed out of the way by somebody else. Bell didn't invent the helicopter. Bell executives would say,

"Stuart is right. Listen to Stuart." Even the veterans at Bell would say I'm right, or the executives at Boeing or AirBus or Continental United. Even all of the 85,000 air force pilots that fly commercial in the pilots association.

It you took a sheet of blank notebook paper, and tore it out, and waded it up and threw it in the garbage, that would Bell Corporation. They absolutely get no credit. It is all owed to somebody else.

"I know. The military wouldn't use them if you didn't. I'm just trying to tell the truth here.

No he is dead. But, he pushes every one out of the grave if you like history. Now this is Pravda! You have to tell the truth.

His name is Igor Ivanovich Sikorsky. He is probably the most influential man in the world in the last 150 years. He is up there with the Wright brothers. Today, his aircraft flies the President of the United States in Marine one and two. They are not made by Bell or Boeing, they are made by Sikorski. Here is his handiwork. They even have a flag on the Russian designed craft. You think somebody would notice sooner or later.

Now I stay out of politics. Asks anybody that knows me. Ask the Sheriffs association. That is why I get to do what I do. It's not political. I'm not going to say anything, but it doesn't seem like it behooves the President to be so critical of Russia, when his helicopters are Russian designed and the best ones on the market and have been for years and other presidents. But anyway it's more fun picking on other people.

This is how he did it. Sikorski was from Kiev Russia. He did much of his work long before he left Russia during the revolution. When he was 14 he made a toy helicopter out of wood and a rubber band. His sister helped him through school. He liked Leonardo DaVinci and Jules Verne. If you go to Wikipedia and type in Sikorski's name there is a short easy to read history on Google.

He was the very first at many many things. For instance, he designed the first twin engine fixed wing craft, while in Russia, while the wright brothers worked with single engine, the Russky Vityaz 1913. He designed the first airliner the llya Muromets 1914. He later built the first commercial craft for Pan American Airways in the 1930's.

In 1937 the S-44 was the world's longest-range commercial aircraft. The only one to fly the North and South Atlantic.

In 1965 made the first non-stop transcontinental flight setting a world record for distance.

So you see, Boeing and AirBus can't say a whole lot. They weren't even around back then. Sikorski basically was the father of commercial flight. Look at how big the aircraft industry is today. In his spare time he invented the helicopter. They're all over the world. His influence is still felt today and the presidency flies in his helicopter made by Sikorski Corporation. Bell and Boeing both have tried to get the contract to shuttle the president around but so far they can't push Sikorski out of the way. It is prestigious. That is how it is living here.

Well, is it in the history books? Well, you know. They mention the Wright brothers.

Will they ever tell the truth? I don't know. Go back and look at the picture.