What is expected of Obama

As Barack Obama is sworn in for his second term, and because the United States of America has elected itself as the world policeman and meddles in the affairs of other countries, because the State Department was running the USA during his first term, then the citizens of the world have a right to their say. 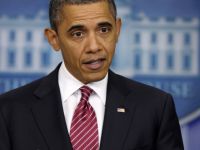 Let us be honest - nobody tells the President of Burkina Faso what to do, because his country minds its own business. And let us be honest, the United States of America does not mind its own business as we have seen countless times in Latin America, Asia, the Middle East, well, everywhere.

The opening years of the new millennium, for which we all had such high hopes, provided yet again some shining examples of Washington controlled by the lobbie$ which dictate its policy, lobbies which have a firm grip on the departments of state. The result today is that Wa$hington has become the Queen of Liars as it invents excuses to use its citizens as cannon fodder to implement the caprices and whims of those who benefit from its wars.

"Keeping Americans Free" is the biggest pile of Bullshit that anyone ever heard and it is amazing that even a simpleton would swallow the story that American troops (or Latin Americans wearing American uniforms desperate for a Green Card) had to go to Iraq to defend America. From what?

So now he is sworn in for his second term, and given that the USA sticks its nose into the affairs of other countries, non-US citizens have every right to their opinion and to tell President Obama what they want.

For a start, nobody outside the United States of America has been more vociferous in their support for President Obama in both electoral processes than myself because I believe he is sincere in his dream for a better world. This was soured somewhat during his first term because his response to getting the Nobel Peace Prize (which for anyone intelligent enough to read between the lines was a gift with a tail attached, saying No More Wars) was to allow the State Department to dictate policy. And start wars.

The result was a very disappointing Hillary Clinton who no doubt had her own tail caught in the door by those to whom she ran up a massive debt during her own failed Presidential campaign and to whom she owed favours - again, the lobbies dictating US foreign policy. The legacy of the Clinton years at the State Department is merely a continuation of that left by her predecessor, Condoleezza Rice and unfortunately, proof that in the last four years in Washington, the tail was wagging the dog.

Barack Obama has four more years to do something on the international stage to justify his winning of the Nobel Peace Prize. For a start, he has to think long and hard about his priorities and common sense would dictate that his strategic long-term partners will be the European Union and the BRIC countries (Brazil, Russia, India and PR China), together with future BRIC members such as South Africa, Indonesia, Australia and the Islamic Republic of Iran.

Having a long-term partnership with these countries does not mean supporting French imperialist policies in Africa, indeed the participation of the USA in the illegal attack against the peaceful nation, Libya was as shocking as it was unnecessary and cowardly. What Barack Obama needs to learn is that US Foreign Policy is at loggerheads with US credibility and its standing in the world.

Eight years of Bush made the USA the international pariah along with its master in Tel Aviv. Four years already having been wasted, the legacy of Obama should be to enact change in the way the USA behaves, which means using debate and dialogue as its diplomatic tools and which means favouring development over deployment. It may have been a Clintonesque dream to destroy Gaddafi's African Union and substitute it with AFRICOM but this is not change, it is a continuation of the same old tired and failed policies.

Barack Obama was not elected by the rest of the world so the bottom line and conclusion to this piece is fix America first and engage with your partners on an egalitarian basis instead of the top-down approach which sees Washington sneered at everywhere she goes.