Professor Monti, the Magi of Qatar and 'the cash of civilizations' 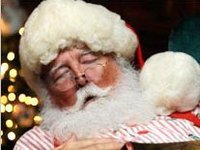 It is Christmas: so let us think to the Christ, the Magi and the temple, not to forget the merchants of the temple...

A unified Europe was the dream of many, since Napoleon. Yet it was barely a democratic dream; we should even say that democracy has always been the nightmare of a unified Europe. Three forces wished to unify Europe. There was the French empire, then the Holy Alliance of the autocrats, then the third Reich. Prince Bernard of Netherlands, a former SS, created after the war the Bilderbergs in order to coordinate American cold war intentions and European obedience.

A so diverse continent needs a fist of iron; yet it gets it nowadays thanks to social apathy, a decline in moral (and not Christian-democrat) values, a crisis of the debt well created and exploited and of course a bunch of decided technocrats who, like Eddy Murphy is his most famous film, enjoy trading places: they work as ministers, then as NATO clerks then as Goldman Sachs partners. And these guys who arm the fire in order to present themselves as the firemen have not finished their job. Just wait the next financial crisis.

Some still doubt conspiracy reality, arguing that there are only ludicrous conspiracy theories run by geeks and obsessive idiots. Let them think what they need. They ignore that Jupiter wants fools. Those whom the gods wish to destroy, they first make mad, said once a great British politician. This is why you have to read and watch so much reality trash about conspiracies: in order to stay eyes wide shut once you are really faced to the conspiracy. It was like a dream or a script, wasn't it? Sartre wrote once that in the bourgeois times there is always a plot, perhaps because there is always a lot of cash at stake. The problem is that once there were people willing to resist: see John, 2, 15.

Since the financial crisis, we assist in unfortunate Europe at the reinforcement of an implacable and unstoppable process: the Bilderbergs, NATO agents, EU commissars, technocrats and partners of Goldman Sachs have come to power everywhere, robbing the poor to give bankers their money, declaring wars all around Mediterranean area, reinforcing ties with decaying American empire. The destruction of nations is the work of insidious networks of sheriffs of Nottingham who don't even need to hide, given the desensitization of public opinions and the overdose of toxic news.

The most caricatured situation is (like every time) in Italy. Italy was ruled, quipped once a commentator, by freemasonry in the north, Vatican in the centre, and the mafia in the south. Actually it is a mixed of NATO (whose headquarters financed by Italian ruined taxpayer have been displaced near Naples), European bureaucracy and Stock exchange experts. Professor Monti, the dean of the rich and famous university of Milan (la Bocconi), is also a friend of the pope - who happens to be counselled by warmongers and millionaires Paul Wolfowitz and Peter Sutherland -, a notorious mason (remember P2 scandal in the eighties), a Bilderbergs participant (like Sutherland, too, or Mandelson, or Manuel Valls) and a arrogant advocate of globalization. Monti, presented like a frugal person in the mainstream media, happens to denounce at any time what is left of our old democracies: the free will of the people. To be honest, in the case of Italy, I must admit that the democratic agenda has been already deeply perturbed since the false flag attacks of the eighties (remember Bologna) or the false flag kidnapping of Aldo Moro devised to obliterate communist opposition...

Recently Monti is supposed to having resigned. Of course it is false, of course Monti wants full power in Italy in order to definitively submit the country of Garibaldi - or Machiavelli. There was a VIP meeting last week in Cannes, named WPC, where Monti was invited to comment the European situation. He came there, invited by Total and gulf oil monarchs. According to a reporter, he was in great shape, ready to get back to the power, a power he had not yet left. A French eternal advocate of globalization, Thierry de Montbrial told with a cynical diplomatic tone that the resignation "could be a tactical move". Such a chess player!

According to a journalist invited, there was an agreement between this WPC and the press to comment the resignation and thus underline the importance of the meeting.

Yet important it was: amidst the NATO and oil monarchs and the great architects of global order, Monti came to comment his last book, titled "Democracy in Europe", where he happens to warn the public opinion against her "blind instincts". What is a blind instinct? Finding there is too many rising taxes and unemployment, or too much geopolitical turmoil around, or too many illegal immigrants, or too much bureaucrats' arrogance? For Monti's popularity although sustained by the media (like Draghi, whose fake aura was built by so-called paparazzi) has tumbled in Italy. This pale "technician of Germany-centred austerity", just needs a bucked up Berlusconi in order to give him more credibility. During his boring speech full of ridiculous and pedantic references to a allegedly "asymptotic flow of Europe", Monti charged again against democracy, word that once meant the strength of the people: he thus denounced the "short-term pollution national policies", forgetting that there is a more dangerous short-term pollution: that of global and Armani dressed euro rats (Meg Ryan uses somewhere that excellent expression) who are planning unemployment here and wars or another wave of delocalization there.  This is why French constructor Peugeot was badly sanctioned in the Stock Exchange: Peugeot was keeping his jobs in France and investing in the Islamic republic of Iran: a double mistake, almost a double crime.

At the end of the feast consecrating the teaching skills of unpopular professor Monti, the smart witness of the economical press quoted a rich Kuwaiti oligarch who boasted the following fact: the rich Qatari have chosen Cannes (they pay no taxes in socialist France!), the Saudi stay in Marbella and the Kuwaiti have chosen Porto Fino in Sardegna. This is the great result of two tainted wills: the socialist and Christian-democrat European agenda and the so-called cash (formerly clash) of civilisations: turning Europe into a series of Richistan or dominions of easy money-makers. I will just mention Jesus Christ to clarify the case.

He drove them all out of the temple... and poured out the changers' money, and overthrew the tables; and said unto them: Take these things hence; make not my Father's house a house of merchandise.

I wonder what would risk the misbehaving Christ nowadays in a court; don't you?