US Afghan Campaign - It is Decision Time! 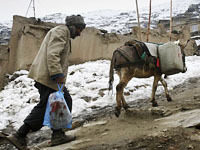 Omnishambles! This word aptly describes the current status of the US' Afghan Campaign! All the major decision makers, the power players, the movers and shakers of this ill-fated military expedition are on their way out - albeit for vastly different reasons. The Secretaries of State and Defense are opting out of their jobs. The Director CIA has admittedly faltered while Commander ISAF is being investigated. And the strategic situation in the Afghan Theater of War (ATW) is far from positive.

There is clearly a crisis of leadership here. Who, then, is actually running this tottering show?

The US' Afghan Campaign has perhaps entered a most critical stage. It is floundering and needs intricate handling. The US President must decide on how to bring this costly Afghan (mis)adventure to an acceptable closure without losing face, dominance, influence and clout in this region and the world.

A strategic pause is thus warranted. A new set of leaders at senior levels has to be decided upon and given time to settle into their respective jobs. The Campaign itself needs a major reorientation of its strategic direction and a resetting of its goals and objectives. These paradigm shifts will deal with its winding down and the withdrawal of US/NATO/ISAF Combine from the ATW leaving behind a pacified Af-Pak Region (APR). The thrust of future US/NATO/ISAF operations may therefore undergo a very profound change in context, content and nature.

President Obama would clearly want to bring the Afghan Campaign to a prompt and acceptable closure but it is beset with many intractable issues. Its mission is yet unfulfilled. Al Qaeda thrives in the APR and may have sneaked into the Arabian Peninsula, North Africa, the Mediterranean Region and even Europe and continental USA. The Taliban and other militant groups have neither been pacified nor neutralized militarily. Incessant drone attacks continue to kill innocent Pakistanis, fuel anti-Americanism and add to the ranks of the militants! The Pashtuns remain deprived of their legitimate democratic rights. The Afghan economy remains in shambles. The Afghan National Security Force (ANSF) is largely ineffective and untrustworthy. President Karzai and his government's writs are literally limited to Kabul. Issues between Pakistan and Afghanistan remain unresolved.

Thus the current strategic environment in the APR is clearly not conducive to any sort of closure at this particular point in time. Decisive steps, bold diplomatic initiatives and calculated operational risks will have to be taken soon to create the desired conditions in line with the US President's expected vision for 2014 or even 2013!

Decision time is nigh!. The US President has some strategic options to choose from. He may leave behind a number of strategically sited well provisioned military bases or he could literally vacate the region totally! He could also designate India as the "regional cop" and ease it into a dominant role in Afghanistan - an option pregnant with disastrous regional ramifications! However, the US could actually adopt yet another policy option, a workable and potentially win-win one! It could engage both India and Pakistan, but for totally segregated, mutually exclusive roles. It could engage Pakistan to take on the sole lead role in the APR. This might bring Pakistan around, ensure stability and a fast reversion to peace and prosperity in the region. The US could then engage India in the Indian Ocean and Asia Pacific regions to help secure its interests there. Anyway, India does not have the clout or the credentials to do both simultaneously. And even if it ventures into Afghanistan only, it will have reasons to rue and regret that decision for generations to come!

Regardless of what option the US President adopts it will have to be backed up by clear objectives, solid operational planning and willing participation by Afghanistan and Pakistan.

The departure of the top leadership of the Afghan Campaign may actually force a strategic pause onto President Obama. He will get the time to usher in a new team and reconsider operational options. If he decides to win the war militarily then he will have to increase the levels of violence manifold and concentrate/squeeze them into a very short span of time. If he decides to negotiate his way out of the region then he will have to get off his high horse and negotiate with the "terrorists" he despises! If he intends to clobber and bludgeon them into submission and then negotiate with them then he will have to strike that critical balance to avoid overkill and failure. Regardless of what methodology he adopts he will have to gel Afghanistan and Pakistan into a team with his country. And for that to happen he will have to, first and foremost, win over Pakistan's trust, confidence and willing participation all over again!

Pakistan on the other hand must seize the diplomatic initiative as the US is forced into a reappraisal of its policies towards the APR. It must build upon the talks held with the Afghan High Peace Council and get into direct negotiations with President Karzai and the militants too. It must not foreclose any options. It must help the US and its allies in pacifying the APR, egressing safely and expeditiously from it and leaving behind a mutually acceptable strategic environment. However this must be predicated upon a non-negotiable final resolution of the terrorist problem. The loop must, of necessity, be closed either through negotiations or decisive military action or both. Period.

The final decisions have to be taken by the US President and promptly. He will do well to co-opt the Pakistanis and the Afghans in his pre-decision deliberations. Else he may find himself applying closure to yet another failed and costly US military expedition!

Author`s name Imran Malik
17:35
Death toll from Turkey deadly quake rises fast to 1,100 and counting
18:54
Ukrainian soldier uses chainsaw and fire to release US howitzer from ice trap
18:30
Onet: Ukraine will lose in six months due to shell shortage
17:36
Russian troops defeat Ukrainian troops in Zaporizhzhia region
14:50
Number of foreign mercenaries in Ukraine continues growing
14:17
Russians buy more than 50 tons of gold in 2022
13:57
Russia will not talk to Ukraine. Russia will talk to the West
13:34
USA's plan to give 20 percent of Ukraine for peace hoax
12:51
Medvedev: Ukraine as a state to be devastated, go bankrupt and be turned into colony
19:57
Russia will use all of its military potential to counter Western arms supplies to Kyiv
Drone with large air bomb on board explodes over Kaluga in western Russia