Let every eye negotiate for itself and trust no agent; for beauty is a witch. 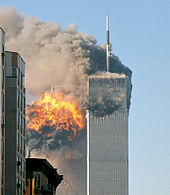 Much ado about nothing

In this western world, which is no more the western world we used to know, the reality has become a show and it is so much destroyed, grinded and disguised by the mainstream media, political elite and public laziness or indifference ("they do not know if they are alive", as put Solzhenitsyn when he came to America) that sometimes the Truth comes from the very source of the lies - say the fiction industry, Hollywood. While shyly celebrating the eleventh birthday of the so-called attacks of the 9/11, and mourning the bizarre assault on his Libyan embassy, The US still fascinates me with its duplicity: it really doesn't know what it does. For if in the reality show, Television invites us to believe in whatsoever trash concerning attacks and tumbling towers, in the theatres it admits that everything can be done by the so-called secret services. We are thus torn by the official duplicity, and the truth becomes a conspiracy theory, like in baroque times.

In a way this duplicity is a weapon that encourages and promotes inertia. I had a French-Russian friend, a famous expert in stay-behind mobs, whose theory was that in our societies the truth had to be said no to be believed! The false is a moment of the Truth, said once Hegel. Nowadays, truth is barely a moment of the false of the world we live in. In a dictatorship nobody believes the media; but in a democracy? For my friend Serge de Beketch, indeed, someone who would seek the truth behind the 9/11 event is considered a conspiracy theorist. Even the engineers and architects who seek to understand the facts are accused and set aside. The military entertainment complex needs this fume to fulfil its deceptive strategy. They tell the truth not to be believed. It is a tale full of sound and fury, and told by a liar whom nobody trusts...

For instance, you can consider like conspiracy theorist and journalist Christopher Bollyn (see his site and book) that the Mossad was fully involved in the attacks to motivate America and promote a western crusade against Arab world; and you can be insulted or sued for that; Bollyn and his family had to expatriate. But about the Mossad (it is well-known hat movie producer Arnon Milchan is a former intelligence agent who, according Haaretz, provided the bomb to his country), Hollywood makes the same statement and in a movie released a few weeks before the September attacks (11 of September is the date of the famous and so important Des Moines speech by Charles Lindbergh; it is too the date of the infamous coup against Allende and Chile).

This movie is Operation Swordfish, with a John Travolta playing an undercover Mossad agent, who coordinates attacks on American soil to promote Freedom and defend the American way of life (in his proper words). Whom shall I believe: The government's conspiracy theory or Hollywood and Bollyn? The mainstream media of course, who explained poorly how a bunch of ruthless cavemen crash their invisible planes against the Pentagon  and how the big towers fall down thanks to this cavemen theory! Taliban guerrilla has such advanced technology...

Want to believe another truth turned into a "conspiracy theory"?

For instance even in the propagandistic movie the Siege, starring Bruce Willis and Denzel Washington, it is demonstrated that the CIA manipulates and coordinates the attacks of terrorist networks. This movie was shot three years before the 9/11 attacks, in which nobody believes, or so little...

But Hollywood showed us that the attacks come from false flag terrorists too. See the movie The long kiss good night, released in 1996, where a secret agency uses a frozen corpse to help its false flag script. It is even said in this amazing movie (and by Samuel L. Jackson!) that the CIA framed the first attacks on the twin towers in 1993! There were only a couple of dead this time. But the military complex and the world of intelligence (!) needed a new enemy after the fall of the Soviet Union! So why not try the Arab world? You just need to blow up a tank or a plant, put some Muslim dead body in a room, and wait for the Crime Scene Inventors and the mainstream media! You just need to brainwash a bunch of cavemen and you have an army of terrorists!

Why are the western media  so stupid? Of course they are paid or threatened for. But to understand this interesting question, watch and watch again Wag the Dog, a masterpiece of wit written by David Mamet and co-starred by their majesties Robert de Niro and Dustin Hoffman. Here too we have a sex scandal involving a weak president, a false war against a small country, a false flag terrorist, a Hollywood producer hired to create fume, and the perennial distracted attention of the audiences! For the audiences like the media watch the tail, not the dog. Apparently this wonderful movie was never trusted or commented by political advisers. They don't believe what they see, they just believe what is been said about one event. It is no coincidence if so many Hollywood courageous directors (including Matthieu Kassovitz or David Lynch) or actors (Charlie Sheen, Marion Cotillard, and Willie Nelson) didn't buy the official theory on the so famous attacks. Media and Politics run the show but Hollywood runs the job. And it knows the dark part of the stage.

Last scene of all, that ends this strange eventful history... is for instance the lone gunmen, a TV show released after X-Files. One interesting aspect of the pilot episode is that an airliner has been hijacked (via remote control of the plane's autopilot) to crash into the World Trade Center! This, of course, was before the actual 9/11 attack against the World Trade Center. This time too the script explained us why this hijacking was committed: it was an act of voracity by an arms manufacturer to increase its weapons sales by invoking U.S. retaliation against an extremist dictator... I'll create the war, as put Randoph Hearst, the media mogul who inspired Orson Welles. It is well-known today that the USA sank some boats in 1898 in La Havana to declare war to Spain and rob all her colonies...

A good orthodox too, my friend Serge de Beketch, stated gravely that the devil must tell the truth before he acts. It's his part in the deal. The audience doesn't get it and laughs. And that costs one million dead in Iraq and the three-trillion dollars war. Why the modern audiences are so insensitive? Don' they know they are alive? Don't they know the truth will set them free? Maybe it is because in this world Truth is of no use.

For now we see through a glass, darkly; but then face to face.