The Declining West: Tragedy or Comedy? 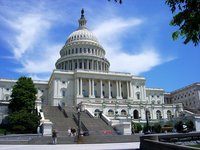 During the Vietnam War, Sweden was an independent country with a moral conscience, and Sweden gave sanctuary to US war protestors who refused the draft. Washington realized the cost to itself and purchased the Swedish government in order to prevent a reoccurrence of moral conscience on the part of any Western government.

In the aftermath of World War II and during the subsequent decades of the Cold War with the Soviet Union, the Western nations presented themselves as the moral conscience of the world. It turns out that this was largely a hoax. The "Western nations" are merely pawns complicit in Washington's crimes as Washington attempts to shut down all information in its pursuit of world hegemony.

Mark Weisbrot writing in Aljazeera has this to say about Washington's use of its puppet government in Sweden to pursue Julian Assange for publishing leaked documents that reveal Washington's mendacity and deception of other countries:

"There is a wealth of evidence that the US is very much interested in punishing Assange, and it keeps growing: on August 18, the Sydney Morning Herald reported that Australia's foreign service was aware that US authorities had been pursuing Assange for at least 18 months. And on August 24, Craig Murray, a former UK ambassador and 20-year career diplomat there, reported that his colleagues at the UK foreign office knew better than to make the unprecedented threat of invading Ecuador's embassy, but did so under pressure from Washington.

"Like many European countries, including of course the UK, Sweden's foreign policy is closely allied with that of the US government. This is not the first time that Sweden has collaborated with its Washington allies to violate human rights and international law. In 2001, the Swedish government turned over two Egyptians to the CIA so that they could be sent to Egypt, where they were tortured.

"Sweden's action brought condemnation from the UN and the government was forced to pay damages to the victims; both were later cleared of any wrongdoing. Polls showed that Swedes considered this crime the worst political scandal in their country in 20 years.

"Sweden is a highly developed social democracy that has many guarantees of civil rights and liberties to its citizens. The people of Sweden should not allow their government to continue to disgrace itself in another international governmental crime - this one a pernicious attack on freedom of expression - simply because Washington wants them to do so."

Washington or Israel-essentially the same thing-has caused the puppet government in Canada to end Canada's diplomatic relations with Iran for no reason whatsoever. The Canadian Foreign Minister John Baird in an unusual show of ignorance, even for him, condemned Iran as a "threat to global security." No intelligent person could possibly believe that Iran comprises a threat to global security.

Look at John Baird. He even looks like a madcap idiot. What has become of Canadians who once were an intelligent tolerant people that they put in office madmen? Baird, after being informed by his staff that Iran lacked the oomph to be a global security threat, changed his reason and insisted that he broke off diplomatic relations with Iran because of Iran's hostility toward Israel. This brought Canada's moronic foreign minister even louder laughter. It is Israel that has been threatening Iran with military attack and demanding that the US join in, not Iran threatening Israel with attack.

Western nations have become a caricature of hypocrisy. If Western countries weren't armed with nuclear weapons, the larger world would be rolling in laughter.

Isn't capitalism great? It has such a highly refined moral conscience.