We are living in a world of confused values, where what used to be a clear-cut shade of black or white is now a murky cream or grey. Days after the USA branded Cuba a terrorist state (was it Cuba that used Posada Carriles to down an aircraft?), we have the UNO howling words of derision against Iran for anti-Israeli invective, as Tel Aviv openly prepares to commit a terrorist strike. 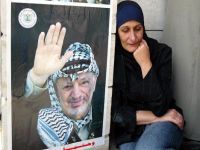 Ban Ki-moon, the UN Secretary General, once again appears to take sides - and no points for guessing whose - with the following comment: "The Secretary-General believes that all leaders in the region should use their voices at this time to lower, rather than to escalate, tensions," Mr. Ban's spokesperson said. "In accordance with the United Nations Charter, all members must refrain from the threat or use of force against the territorial integrity or political independence of any State."

The remarks he was referring to have yet again been taken out of context and mistranslated, just as President Ahmadi-Nejád never stated that Israel should "be wiped off the map". One thing is the State of Israel, another is the presence of Zionists and Americans in the Middle East.

And let us now address the key issue. As it is well known, in Israel there exist a myriad of opinions and approaches and the Zionists themselves are disrespected among a large number of Jews who consider them negative to their cause. One thing however, is clear: it is not the people of Israel who rule the country but like everywhere else, faceless corporatist powers which dictate policy.

As if this were not enough, Israel sends out its howls of derision, echoed by Ban Ki-moon, himself appearing more and more clearly as a sickening sycophant of FUKUS-Axis policy - where was he when the FUKUS-Axis was using terrorists in Libya, where was he when the same policy and same terrorists in many cases were unleashed on the people of Syria? - because of Iran's nuclear program (wholly legal under the terms and provisions of International Law, such as this exists these days). But what about Israel's nuclear programme, which has allegedly culminated in nuclear warheads being stationed in the Negev Desert?

If Israel can have nukes, why can't Iran? So if Iran replies with words as Israel makes open threats to carry out an act of war, what does the UN Secretary-General expect?

And what can Israel expect if it jumps the gun and office boy Netanyahu acts as stupidly as he has always done, countering the advice of his military and ordering an attack on Iran's nuclear facilities?

Author's note: Before the hail of e-mails deriding this article as being racist and anti-Semitic, before the death threats start pouring in, and attempts are made to disrupt communications, stating the truth about Israel's policies is not racist, neither could it be because the Jewish people are not a race. Neither is it anti-Semitic because a Semite is a speaker of Semitic languages, which include Arabic. It is called freedom of expression and freedom of speech, notions which are used as flags but are misrepresented by those who preach them but fail to to deliver when it comes to practice. Now try and claim the higher moral ground...