US Foreign Policy: A failed attempt at world domination

It began with the Spanish-American War in 1898 when the USA gained control of the Philippines, Puerto Rico, Guam and Cuba, and became a global player; it continued with the intervention in WW1 and by the end of WWII, with the twin atomic terrorist strikes against Japan, the monster was on the world stage. 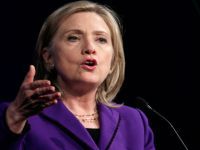 Since WW2, the USA has been involved in countless battles and wars in the four corners of the globe, using NATO and its members, an organization arbitrarily imposed upon the peoples of the member states without any electoral process (rendering it unconstitutional in most countries) as poodles to widen the base of support so as to present a multi-lateral approach to crisis management.

Such a notion is ridiculous when we look back through the pages of the history book and see that either the USA directly or its FUKUS Axis partners France and the UK have been involved in creating the casus belli in each and every case of international crises.

Although Washington and its poodles like to hide behind the lies and hype spun by their media, it is becoming increasingly obvious that the FUKUS policies have become totally discredited and with every new conflict they involve themselves in, the worse it gets.

Afghanistan was a monster that got out of control - the Mujaheddin were sent to destroy the country's only socially progressive government, before it called for help from the Soviet Union; Iraq was a total foreign policy disaster, an illegal war which culminated in NATO paying the Sunni freedom fighters not to attack (as was the case with the Taleban), Libya showed us all why the west should never, ever be trusted again, as if we needed any more evidence.

And now, the cherry on the cake of Hillary Clinton's foreign policy is to classify Cuba as a sponsor of terrorism.

Did Cuba cavort with terrorists in Libya? Did Cuba arm and finance and train that murderous scourge of torturers, rapists and racists who sliced the breasts off women in the street, who slit the throats of Black Libyans, who committed ethnic cleansing? Is Cuba supporting terrorist forces in Syria doing the very same thing?

Then the conclusion is...