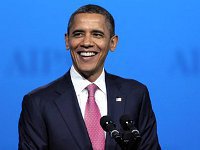 A political deal will be struck to save the Democrat Party from total collapse and protect the Republican Party from revelations of complicity in the greatest fraud ever perpetrated on the American people.

A growing number of Americans are now learning that Barack Obama, according to Article II, Section I, Clause 5 of the U. S. Constitution, is an illegal President. The law requires a candidate for the Presidency to be a "natural born citizen," that is, a second generation American, a U.S. citizen, whose parents were also U.S. citizens at the time of the candidate's birth.

Obama's father was a citizen of Kenya and a British subject at the time of his birth, which made him forever ineligible for the Presidency.

Practically speaking, that issue is not a problem for Obama because the Republican Party also wants to violate the Constitution. Many Republicans are aggressively advocating Florida Senator Marco Rubio as Mitt Romney's Vice Presidential candidate.  Rubio is ineligible because, even though he was born in the United States, his parents were Cuban citizens at the time of his birth.

Since 1975, both Democrat and Republican politicians have been trying unsuccessfully to amend Article II, Section I, Clause 5 of the U. S. Constitution. The election of Obama has allowed them to do so, not legally, but by fait accompli.

There are also persistent questions about the authenticity of Obama's birth certificate, Selective Service registration and his use of a Social Security number not issued to him, all serious crimes with the potential for lengthy prison sentences.

The law, however, is not a problem for Obama because any serious investigation would implicate far too many Democrat and Republican politicians. That is why the political establishment and the media are suppressing every effort to uncover the truth about Obama's personal history because it would expose their own corruption and hypocrisy.

The greatest danger to Obama is the potential collapse of the Democrat Party from the failed policies engineered by his Administration and the Party's progressive wing.

The Clinton faction and other Democrats outside of Obama's circle of supporters now fear he may be leading the Party, not only to certain electoral defeat, but to political oblivion. They are actively working behind the scenes, likely with the collusion of Republicans, to ensure Obama's defeat or, perhaps, even quietly to force him out of the 2012 Presidential contest. They all have a vested interest in maintaining the balance of power of the political status quo, which an Obama victory would permanently alter.

An Obama win would, for example, forever eliminate Clinton Democrats as a political factor and nullify all the Republican economic arguments, which represent the core of the Romney campaign.

In general, however, politicians' concern for the well-being of country exists only in the context of the power they wield and the health of their financial portfolios and that is the essence of the Obama threat that they perceive.

Much can happen between now and November to determine whether or not the non-Obama Democrat and Republican coalition will succeed. Will Attorney General Eric Holder be forced to resign paving the way for other investigations? Will there be selective leaks to embarrass Obama? Will the financiers and liberal media turn against him? Will Obama be privately blackmailed or promised a pardon?

The fate of Obama has already been determined, not by voters, but by powerbrokers using tactics that will unfold over the coming months.

There is one thing, however, that is certain. Regardless of who wins in November, Obama's alleged crimes will never be fully investigated and his personal history will never be exposed by either Democrat or Republican politicians. Their involvement in a conspiracy of silence is unmistakable and their protection of Obama stems solely from political self-interest.

Barack Obama has been issued a "get out of jail free" card by a corrupt political establishment and a dishonest media.