Disinformation against Syria is criminal

Most mass media accuses the Syrian government for the crimes of more than 90 groups that have assassinated opponents.  They are based in London or Paris - and pointed to by some observers sent by the United Nations, but none of them consulted the authorities of that country.

Nor did they echo of serious complaints registered about the crimes and massacres carried out by mercenaries who are the Special Forces of the great powers seeping across borders with Syria.

"This means they keep on torturing the audience that still remains for them, telling the eternal tale of bombings and massacres by the Syrian army on civilians" the Swiss investigative journalist, Silvia Cattori  recently wrote - reporting among other cases, the non-existence of an alleged bombing by the Syrian government on March 23, 2012 that the press of the hegemonic powers described as "a deluge of fire in an incommunicado city."

Cattori, known internationally for her analyses and reports, such as demonstrating that Guantanamo was a sophisticated laboratory of tortures and human experimentation, reports that the French media did a description of a non-existent bombing of Homs.

However witnesses she consulted were accurate and precise: "We did not hear any noise. There was no bombing today (March 23rd).

"Everything is calm. I went out to see my friends. Homs is not without communications, all roads are open.  We're safe. The army did not bomb. These are self-styled militias, the "Free Syrian army" who attack the military or police and kill civilians. Even today, a soldier was killed. I know because he lived in my neighborhood," said an inhabitant of the place.

Another resident reported after the Syrian army was able to dislodge the militias (armed gangs) and take over, "We returned to our homes in neighborhoods that were nearly empty. Insecurity continues in three districts, especially in Khaldiyeh, where the national army continues to pursue the militias that keep many families as hostages.   My uncle who had been kidnapped two months ago returned home yesterday very ill, very tired, but very lucky considering.  He's in the hospital. Many other kidnapped people have not returned and the families have no news of them."

This statement mentions one of the most dramatic subjects because of the amount of people, including families, which the aggressors kidnapped and brought with them.

Days before, Silvia Cattori interviewed another resident, a Syrian man 75 years of age who lives in a village in the province of Homs: "What happens here is all the opposite of what they say in their country. I beg your pardon ma'am. Our soldiers are not mercenaries. They are the sons of the people, all mixed religions. They are my brother, my son, my uncle. This is our army. It is impossible for the children to deliberately kill their parents. Our soldiers have faced for many months mercenaries paid by foreign funds to commit their murders. "

Another report: "The massacre of women and children in the neighborhoods of Al-Karm al-Zeitoun and Adawiyé was committed by them, and then they accuse government forces. There are two tests: the inhabitants of the neighborhoods of Bab Sebaa, Nazihine and Nazha recognized among the victims of this massacre some relatives kidnapped by which the mercenaries had sought ransom for.

I can speak of another massacre that our soldiers discovered (10th of March) in the neighborhood of Shomari, near Baba Amro (one of the connate Islamic emirates that was dismantled). My father had Muslim friends in Shomari. I have visited them many times with him. A few days ago, a young man called at my door and said: 'I am the son of the friend of your father.' I will tell you what he told me: all the men in our neighborhood were forced by the militia (mercenaries) from Amro Baba to take weapons and use them against the regime. They told us that those who refused would be beheaded. My father, my brothers and I then took the guns."

"After taking Baba Amro, March 1st, when the government called on them to lay down their guns, my father, my brothers and I left them. On March 10th, when we settled in Shomari, many men were found beheaded.  I recognized among the bodies my father and two brothers."

"The militia had slit the throats of all the men who had laid down their arms. I ran quickly to the soldiers and asked them to protect me and take me to their home."

Regarding these and a number of testimonies and statements, that were given to truly independent researchers and journalists, not the UN or the International Criminal Court said anything about them.

"In mid-January, the journalist Dominic Robertson was in Syria and the authorities gave him free access to conflict-affected areas in Damascus and Homs where he was on the day an armed group attacked a delegation of foreign journalists and killed a French reporter, Gilles Jacquier, attached to the intelligence services, and wounded 25 others in the neighborhood Ekrima.

He was a direct witness to that crime.

"The falsification of the terrorist attacks can  be added to the systematic falsification of attacks by government forces against the civilian population that the U.S. network has been conducting since the beginning of the conflict. In recent days, we have another example of media falsification orchestrated by citizen journalists who try to falsely pass off terrorists as 'peaceful activists'."

One of the favorite figures of the fake "citizen journalists" (who promotes the association AVAAZ funded by George Soros as Fernando Casar denounced in an article) is Danny Dayem. This agitator said that the town of Al-Khalidiyeh, in Homs, was being bombarded by forces of the Syrian army, but a recording was spread that questioned his veracity.  That very Dayem appears coordinating the sound effects of gunfire and bombing with his team to attach to the "video reports."  Lights, camera, action!!!!

Faced with the criticisms raised in some circles that the U.S. is manufacturing evidence, "CNN was forced to conduct an interview with Dayem, who was then presented as an 'activist' (American Orwellian term for terrorist), and not as a journalist on their staff.  They proceeded to delete his picture, that was taken with the team of this service that was operating clandestinely in Homs."

"The truth is" - the report notes, "that this 22 year old Briton appeared ubiquitously in the major Western and Arab media including CNN, BBC, Sky News, Al Hiwar, the Guardian, etc.. besides those financed by Saudi Arabia, such as Al Arabiya, giving the image of the peaceful revolution defeated by the Syrian regime."

A recent report reveals in detail numerous inconsistencies of his statements and character (Dayem) that are manufactured. (Posted on 5/12/11 at Purificación González de la Blanca citing Mamen Garcia Carrión Eye for Peace).

DOES THE UN NOT KNOW ABOUT  THOSE KIDNAPPED HAVING BEEN KIDNAPPED BY THE INVADERS OF SYRIA?

According to history professor, Pierre Piccinin, an Italian who was in Syria several times: "The events in this country are an extreme case of media disinformation, perhaps more than the Gulf War of 1991, including the war in Yugoslavia, in 1990, or Iraq 2003, or the intervention in Libya in 2011. "

On April 3, 2012, the Berlin magazine Der Spiegel published a report sent by their correspondent in Beirut, Onrika Potts, who interviewed one of the mercenaries who served in Syria with the last name of Hussein, who had fled that country to Tripoli, and whose "work" consisted of "massacring" civilians and military personnel of the Syrian people who had been abducted by armed groups.

Hussein acknowledged that after the first murder he committed with a knife, he began to join the gang called the Funeral, whose mission was named after the action of the gang in charge of interrogation and kidnapping civilians and military and torturing them.  He also said that a third gang had the job of burying those killed in mass graves, "something very similar to what they did in Libya."

He also reported that "20 percent of the hostages were killed with knives." According to what the journalist wrote, Potts, the nickname of Hussein, said he had beheaded "only four people and killed many others with a PKC type machine gun."

Another of these terrible confessions was someone in charge of the terrorist, Abu Rami Rafik Hussein, "who admitted that since last summer, his gang shot and killed 150 people, and that the Funeral gang where he worked with another Hussein, killed between 200 and 250 people since the beginning of the actions in Syria."

The members of terrorist groups interviewed by the co-head of Der Spiegel, acknowledged having started their criminal acts "from August of last year, trying to instill terror and create chaos in peaceful Syrian cities, armed and financed by Arab and Western countries."

The reporter found that the crimes of armed terrorist groups in Homs are serious human rights abuses carried out by Syrian insurgents "on which no one speaks." (Sections of the report translated and written by Eba Khattar in the publication Der Spiegel, badly misquoted by some press agencies).

The Syrian Arab News Agency (SANA) concluded (April 3, 2012) that after the facts had been revealed, along with all documentation of the merciless atrocities and crimes perpetrated by armed terrorist groups in Syria, and recognition of international organizations that these groups commit crimes against humanity, that "the terrorists abandon their hideouts proud to boast of their lurid acts committed in pursuance of Western regional and Arab agendas, designed to whip Syria and its people."

The statements and testimonies of the facts regarding the crimes committed by mercenaries and their leaders occupy hundreds of pages, and all journalists have access to them. Therefore the silence of the media makes them complicit in these crimes against humanity. 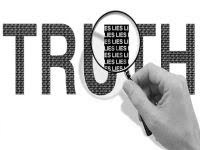