The US Quest for Encircling Russia 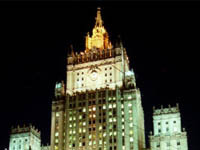 The activities carried out by the West, especially the USA and Britain, in South as well as the Central Asia are not a mere coincidence. Historical events coinciding with the September 11 attacks and the War in Afghanistan depict as if this all was a part of a pre planned strategy formulated decades ago on West's strategy tables. This also tends to emphasize to real sense of what really is happening when it comes to pro-active NATO and US forces activity in Central Asia. This activity took its peak soon after the USSR disintegration and the ending of the cold war era. The activity also saw an active part played by the US in the 80′s era against the then USSR funding Pakistan for breeding guerrilla fighters to fight in Afghanistan.

The moves and activities by West in the post soviet era came into the limelight when in 1993, a transport treaty was signed between the European Union, the Caucasus and the CIS(Commonwealth of Independent States), to link China with Europe. The deal was known as TRACECA, or Transport Corridor Europe Caucasus Asia, and was generally given the term of the New Silk Way of the Great Silk Way. The major objective of this Silk Way was to connect China and South East Asia with Europe by passing non independent CIS countries and avoiding important regional actors mainly Russia, Turkey and Iran. Ignoring these three states, especially Russia, means that this corridor may well have an implicit agenda that may well be to surround Russia and marginalize its influence in the region.

Ignoring all three states may well have their solid reasons. If Iran is ignored in the agreement, it may well be because of its Anti West policies and orientation. If Turkey is ignored, it be attributed to its membership in NATO, that may well mean political reasons. But ignoring Russia, who is neither in NATO, nor the policies go against the well being of Europe, may clearly indicate that the whole process is initiated to check the growing Russian might. The route, if seen on the map, suggests that such a long route may have been chalked for some other reasons rather than mere trade development.

The whole operational map of this transit route can be described as follows. The main starting points of the route from the western site harbors Odessa(Ukraine) as well as two other harbors. Through these harbors, ferrying is used till Georgian harbors, Poti and Batumi. Further, railways and highways goes through Kutaisi and Tbilisi, through Baku. The other hose of the route goes to Baku lengthwise of Turkish and Iranian borders, over the whole territory of Azerbaijan. Though, to transport goods from Istanbul to Gyumri(Armenia), a direct way could be used, passing through Turkey. Although a ferry is used en route to Georgia and Armenia, but to  carry goods from the ferry, over two days are required to reach the target, compared to a 24-hour way through Caucasus, to Baku, while another shorter way passes through Rostov-on-Don and Makhachkala (Russia). Explaining the whole route, even a lay man's mind would conclude that using a longer route compared to a shorter one means that West's sole agenda may be to give Moscow a strategic as well as an economic blow.

Many project have been completed and others are under way under the TRACECA agreement. The projects were mainly related to development but again Russia was ignored from the whole process. The governments of Georgia and Azerbaijan, for long, have surrendered to the western policies and demands, as a result of which the countries have western military bases, and in turn play a major part in smooth sailing of the Great Silk Way. That is why NATO is inclined towards these two states for their strong military presence in the region.

The southern line of TRACECA passing through Central Asia also gives a strange look: After Bukhara and Samarkand it goes to Tashkent and joints to Kazakh line passing through Bishkek and Almaty to Chinese border. This makes it and extremely long route. The question arises, Why should China and other countries using Russian harbors, prefer the more expensive way? The Great Silk Way always gives an upper hand to Uzbekistan that is in a good position to control the route. Uzbekistan, being close to the Western policies, creates a tricky situation for Russia as has counter it before countering any move from the West.

The landing of NATO troops in Central Asia was a major drive for initiating the Great Silk Way or the New Silk Way. The current presence is also a major factor in reenergizing the Islamist movements in countries such as Tajikistan, which could be a strong factor is destabilizing the region. Such a scenario could prove to be detrimental for social and economic structure of Russia, meaning one the western objectives would be achieved. Though the Great Silk Way may not be as beneficial to Europe as it seems to be, yet it may have enough to wage a war in the region that would ensure a long stay for the western forces.