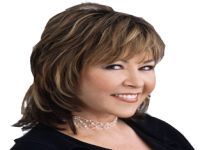 She was not on primary ballots in California, Arizona, Massachusetts and DC, due to her late entry into the race. She is more generally known by her countrymen as a comedian and a televsion star, but she has been an outspoken social justice advocate for decades, something that most are unaware of.

Some of her public statements on her platform have just won her the endorsement of the Green Party Black Caucus, led by Cynthia McKinney.

Some of Roseanne's proclamations:

"Both the Democratic and Republican parties are bought and paid for by corporate America and cater to the needs of the highest bidder as opposed to the people they claim to represent. I cannot be bought. I have been a tireless advocate of Occupy Wall Street since Day 1, when I delivered my campaign speech in Liberty Plaza on September 17th, 2011."

In her comedic fashion, she also stated, "I'm tired of watching as men destroy all the world. Everything used to be beautiful when women were in charge, and now I, working as the physical manifestation of the goddess Isis and the reincarnation of Cleopatra, have decided to save the world."

"I was a joy. Born to be a star. The family worshipped everything I said. They raised me to be a performer."

Her platform promises to institute a "European style" single-payer healthcare within the first 100 days of her term, and to forgive all credit card and mortgage debt "by kicking out the FED-those to whom all this fake debt is owed."

"After the passage of this one law," she said, "the Patriarchy will inevitably begin to crumble, as will the concept of War itself, which is largely a large load of, well, bull."

The Green Party will award the nomination at its convention in Baltimore, Maryland, USA, July 12-15, 2012. What would happen to Roseanne's TV career if she wins is unknown. The television network, NBC, reportedly just picked up a pilot for Downwardly Mobile, with Roseanne as the star. She will portray a mobile home park manager who serves as a surrogate mother to the park residents.

On her plans up until this date, she said, "I will run until the convention in July in Baltimore-I fully expect Jill Stein to be the nominee and I will support her, but til then-I'll serve."

Perhaps Roseanne should reconsider. With her name recognition, resources and contacts worldwide, her chances of making huge inroads against the undemocratic / no difference between the two parties system might just start to yield a bit to other alternatives.

Below is the text of support from the Green Party Black Caucus:

"To All National GP Members:

We are pleased to announce that the Green Party Black Caucus is strongly endorsing Roseanne Barr as the best nominee to represent our party in the run for President of the United States .

During our teleconference with members of the GPBC we were introduced to Ms. Barr by the powerful voice of the voiceless the former US Congress Member from the great state of Georgia and former US Presidential Candidate for the Green Party USA, Cynthia McKinney.

Ms. McKinney emphasized the role Roseanne would play as a candidate by drawing world attention when speaking to the issues that represent the strong ten key values of the Green Party. She also emphasized the fact that Ms. Barr's integrity and good will are known far and wide and will therefore make a tremendous difference and impact on the Presidential campaign 2012 besting whatever the Republican and Democratic candidates have to offer.

Following Ms. McKinney's introduction Ms. Barr confirmed her tremendous praise and support for Cynthia McKinney emphasizing her many acts of courage and her moral integrity, as well as her tenacity in speaking 'truth to power'. Roseanne spoke of the terrible price Cynthia has had to pay for this unstoppable courage in the face of terrible odds and even death like venturing to supply food, toys and medicine to Palestinian families in Gaza . Ms. Barr went on to insist on the need for the Green Party and other US citizens to unify against the horrific political reality that grips the nation.

Roseanne cited many reasons why it is so important that we as a nation come together and get beyond the issues that separate and keep us apart in order to do the right thing and achieve our common goals for the right reasons. She frankly acknowledged that like most of us, she has made mistakes in her lifetime, but that this just emphasizes the need for us to take back control of our lives. She stated that it was her admiration for the Green Party platform and ten key values that won her over to the Green Party. She explained that it was things such as the Green Party's insistence that there is abundance aplenty on this earth and that scarcity is a manmade false phenomenon which is a critical concept. She stated more than once that as a Green Party Presidential candidate, she will show up, she will be very serious and will take the fight wherever it needs to go.

A number of GPBC members such as Ralph Poynter and Theresa El-Amin upon hearing such words greeted Roseanne with hearty thanks and pledged to support her with all the resources at their disposal. Ralph is very well known in New York City and has been a powerful voice for Lynn Stewart and political prisoners. Theresa has a long history of civil rights work and has been a champion for women rights and is station in Georgia home of Sister McKinney where the two will be advancing the issue of getting Georgia ballot access as Roseanne's campaign kicks into gear.

As for me, well I admitted to Roseanne that I've been a fan of hers for as long as I can remember. Her popular television show tackled and touched on so many social issues and it was a beacon of light in an era where filling a huge void left by the Jeffersons, All in the Family, Sanford & Son and Maude was extremely important. For me it's those hard to talk about subjects these shows addressed that this nation needs to hear, face and resolve because without resolution we never get anywhere.

Finally, we wish all the nominees well, we've made our choice now may the best candidate win!