Slavery, the holocaust of the Negroes

Much is spoken about the holocaust, much is written about the shocking acts of cruelty, barbarity and sheer wickedness revealed against several groups of people from the Baltic States, through Eastern and Central Europe, to Germany. But why does Slavery not occupy an equal place in the annals of human depravity? 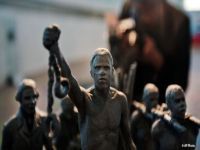 March 23 was a day of remembrance, a day of tribute to the men, women and children who were snatched from their homes, their families and their loves ones. Where was this day in the international media? Forgotten.

Humankind rightly remembers the atrocities of the past, making sure they stay in the darkest pages of human history and making sure generations to come remember how low the human being can sink, making sure such horrific acts of cruelty never happen again. Much is said and written about the Jewish holocaust but what about the African holocaust, slavery? 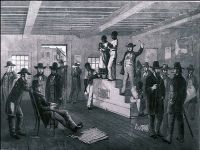 While there are no exact records, attempts have been made to document the average number of slaves snatched from Africa and taken to the Americas by English, Portuguese, Spanish, Dutch, French and Danes. The official figure is ten to eleven million. But let us research further...

Credible estimates (1) set 54 million as the figure for persons transported against their will between 1666 and 1800. If we take into consideration that the trade increased fourfold between 1810 and 1860, and just in the USA, then the full figure would be something in the region of 200 million persons trafficked. Add to that the effect on the families and we see that this most horrific episode in our collective history is, in comparative terms, virtually ignored. 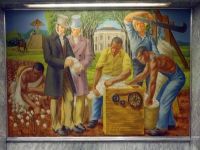 Forced to lie head-to-foot, tied to their places, without any structures for hygiene or sanitation, they arrived at the destination up to six months after being snatched from their families lying in a sea of excrement. Or dead. And this was just the beginning of a nightmare which in many cases saw the slaves treated like farm animals, or worse, forced to sleep in cramped and unsanitary conditions.

Punishments included being boarded up behind a heavy door with no room to move for up to three days, with insects and scorpions crawling all over the body; being starved; being beaten; being flogged; being "sacked" - placed inside a sack, tied at the neck and being dragged around the perimeter of the plantation behind a horse; being chained; being contained with a ring around the neck or ankle; being confined to a dungeon; slitting of ears; breaking of bones; amputation of limbs; beating out of eyes; being hanged; castration; being burnt; being roasted. What for? Why, for eating a piece of sugar cane.

Today, 2012, 400,000 people a year continue to fall victim to slavery; that is why this column is rarely written on the "UN Day" because I consider every day to be a day to combat slavery. In Mauritania, a Negro slave can be bought for 11 Euros and in Sudan, for 64 Euros. In India, Pakistan, Nepal and Bangladesh the slave trade continues to render 25 million Euro a year. 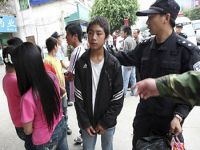 27 million people live today in conditions of slavery or quasi-slavery. And it is not just in far-flung distant countries like Bangladesh, Sudan or Mauritania. According to statistics drawn up by researchers in the United States of America (2), "The U.S. Central Intelligence Agency estimates that 50,000 people are trafficked into or transited through the U.S.A. annually as sex slaves, domestics, garment, and agricultural slaves"; "Between one-hundred thousand and three-hundred thousand children in the US are at risk for sex trafficking each year"...2.8 million children in the USA live on the streets and one third of these are lured into prostitution within 48 hours of leaving home. Cases of slavery have been reported in 90 cities across the USA.

So let us not brush slavery under the carpet, let us not shrug with the notion that it happened in the past and no longer continues. It does and whether or not the international media take up the cause, it is an immense stain on the collective identity of humankind.

15:40
Ukraine's Zaporizhzhia and Kherson regions to hold 'join Russia' votes first
00:42
Russia responds to reports about nuclear arms on high alert
00:39
Israel strikes all of Gaza Strip. Tell Aviv opens all bomb shelters
23:43
Putin-Erdogan summit: Russia and Turkey switch to national currencies
19:49
Russia demands US nuclear weapons in Europe be removed
19:05
Israel strikes Gaza killing Islamic Jihad commander
17:45
Chinese dragon starts breathing fire in Washington's face
17:15
The National Interest names the place of a possible war between China and US
16:46
Polish expert reveals where the decisive Russia – US battle will take place
16:02
Bloomberg: Russia caused the split between the G20 countries
World
Expert: the platform on which the US stands will be destroyed in three months