What happened in Toulouse is a form of terrorism that is more frightening and more sophisticated in its effectiveness, more chillingly cold-blooded and more evasive due to its very simplicity and absence of advanced technology. One man and his gun. A lone ranger, free to choose soft targets at will. Toulouse spawns a new age and a new twist in the tail of terrorist activity. 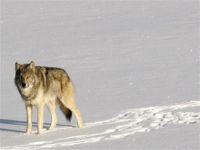 Mohamed Merah. 23. He will be remembered for all the worst reasons since his mind-changing conversion experience turned him from something of a bon vivant into a cold-blooded child murderer, claiming to do justice in revenge for Israeli murders of Palestinian children. This argument is not about what is an activist or a terrorist, whether an activist is a terrorist who buys weapons from NATO and a terrorist is an activist who does not; neither am I debating the question whether NATO and the FUKUS-Axis (France, UK, US and Israel) themselves perpetrate terrorist actions when they bomb children in their homes, when they strafe water supply networks and electricity grids with military equipment. Who is the terrorist, who is the activist, who is the innocent victim? Families suffer.

What is at issue here is a new chapter in terrorism, a back to basics approach which could prove to be far more devastating than sophisticated attacks using cutting edge technology. There was a Cold War story in which the Soyuz and Apollo programs arranged meetings to talk about science and not politics. One such visit consisted of a Soviet official who was invited to the USA and was warmly received with dinners, visits to laboratories and so on.

During his visit he was taken to a number of different agencies, all funded by NASA and/or the US Government, each spending billions of dollars on trying to perfect a pen that wrote in space. "The thing is, " the Soviet official was informed, "gravity makes the ink rise and not fall down to the nib. So we were wondering what you use in the USSR. What do you use to write in space?". The Soviet official smiled and said "A pencil".

I have not written this article before because I was afraid of giving someone the idea but now it has been done, we can analyse what has happened. For those in the know, France is the example and a case study in how the different security networks function together, an extremely unfriendly place for a terrorist network to operate, having a highly sophisticated vigilance, command and control system involving different levels of security and personnel.

But where was this system when a loner acquired a handgun and chose a soft target? And where would any system be if a terrorist network used word of mouth or handwritten messages on paper which was then burnt, if the members of the cells only knew each other as A, B and C and if when one member went down, another sprang up?

How effective would the security guards of any crowded shopping mall be if someone were to create an incident inside, then wait outside the entrances with an automatic weapon when everyone ran out screaming? All it takes is a handful of operationals, armed with automatic weapons (more easy to acquire than some breeds of dog) and the operation achieves a brilliant level of operational success. Terror is created, the cause is known to all, people's lives are directly affected, pressure is put on Governments.

No cell phones; no explosives, no detonators, no purchasing of chemicals, no smuggling across frontiers. Chillingly simple and devastatingly effective. And the only defence against it, is to counter the root cause, which is exactly what the terrorist is aiming to achieve.

To conclude, as we remember Mohamed Merah, let us remember the child he once was, the child that laughed and smiled and cried the tears which tasted of salt just like all tears shed by all children around the world. Let us hold governments and politicians to account who spread hatred and who wage wars, invading sovereign nations after sponsoring terrorist activity internally (as was the case with Libya) and let us, the people, concentrate on love and not hatred. Let us remember the families of the victims - French soldiers and children and let us remember that all victims of terrorism are merely going about their daily lives, like the children going to school, like the innocent civilians in Iraq, Libya, Afghanistan and elsewhere blasted to pieces by a terrorist in a military aircraft.

Backing missions and incentives which foster sharing and joint projects among players from different sides of conflicts is within everyone's grasp, and here the UNO has done some excellent groundbreaking work, for example but not exclusively, among children from Israel and Palestine, fostering sports events, artistic activities and meeting points.

Surely this is the way forward?