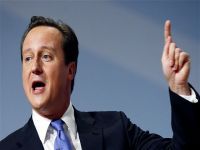 After the involvement of the United Kingdom as part of the FUKUS-Axis (France, UK, US, Israel) in the travesty of international law (*), the murderous terrorist attack on the people of the Libyan Jamahiriya and after similar involvement in terrorist activities in Syria, there are certain questions that the members of the international community deserve to ask and to which we consider we deserve a reply, unless, of course, you think that is your prerogative to ride roughshod over international law, break norms of diplomacy and act like a boorish, arrogant, pig-headed brat and remain unaccountable.

That not being the case, thank you for your time and here are the questions.

1. Did your country liaise with the group LIFG in Libya during the hostilities in this country during 2011 and was this group on the Foreign and Commonwealth Office list of proscribed terrorist groups during the time that the UK was aiding it in armed conflict? This being the case, would you admit that the FCO was actually breaking UK law and as such your Foreign Secretary is liable for prosecution? Why, then, has be not been prosecuted?

2. Did you, or did you not, give guarantees to the Russian Federation and to the People's Republic of China, as they abstained from blocking UNSC Resolutions 1970 and 1973 (2011), that there would be no boots on the ground and that all the UNSC Resolutions would do, would be to impose and police a no-fly zone?

3. Were Special Forces from the British Armed Services involved in the Libya campaign? This being the case, how would you make that compatible with the "no boots on the ground" clause?

4. Was the Libyan water supply targeted with military hardware during the conflict? This being the case, are you aware that this is a war crime?

5. Was the decision taken to strafe the electricity grid with British military equipment to, I quote, "break the backs of the civilian population"?

6. Were civilians targeted by British military personnel and/or equipment, occasioning the murder of civilians who had nothing to do with the conflict?

7. Is it true that you decided to say nothing upon hearing about the tragic murders of the Gaddafi grandchildren by the FUKUS Axis and did not even have the decency to apologise?

8. Is it true that the United Kingdom has Special Services operationals already on the ground inside Syria?

9. Is it true that the UK is financing and aiding armed groups inside Syria and instigating them to take hostile actions against the Government of that country? Would you then agree that once again the UK is involved in sponsoring terrorist activity? Do you have a message for the families of the 3,000 security personnel murdered by the terrorists you support in Syria?

10. Is the United Kingdom using "aid agencies" to carry weapons to terrorist groups inside Syria? Are such groups programmed to deliver arms to such groups while pretending to deliver humanitarian aid and if so, is this not the most callous and despicable act that any British Prime Minister has undertaken in the violence-studded history of your country?

11. Is it true that the last six Prime Ministers of the UK have been involved in six wars and nine conflicts? Would that be because the UK is a peace-loving country?

12. Is it true that you intend to use the United Nations in your ploy to become more actively involved inside Syria, and this includes the same sort of scenario that we saw during your mission creep in Libya?

13. Do you understand that if thousands of armed terrorists supported by foreign forces run amok in your country, you have the right to fight back?

14. What do you have to say of the atrocities committed by the Al-Khalifa regime in Bahrain, which you support blindly, and how do you explain the involvement of John Yates, the Scotland Yard officer who resigned as a result of the phone hacking scandal, as special advisor to the murderous dictatorial regime in Bahrain?

15. Would you agree, then, that if thousands of armed terrorists took to the streets in your country behaving as they did in Libya, you could be labelled a tyrant, a dictator and a war criminal if you ordered the British Armed Forces to restore order?

16. Would you agree that you are in part responsible for the actions being carried out by the groups your country has armed in both Libya and Syria and are you aware of the atrocities they have committed? If you deny they have committed atrocities then perhaps you would like the same sort of actions to happen to your family, since you can see no wrong? And if you do admit that the terrorists the UK supported in Libya sliced off women's breasts in the streets, slit the throats of black Libyans because they are racists, raped young girls because they are rapists, torched buildings, attacked police stations, murdered, looted and stole private and public property then you admit that in arming and financing such groups, you stand accountable?

Good. So now please read the indictment which follows.

That would be all, thank you for your attention.