Special Forces Unconventional Warfare is the name of the document. November 2010, 97 pages long, it is a manual which exposes the modus operandi of the United States of America's foreign policy; in it we can read the recent Libyan history and understand what is planned for Syria and Iran. "Destroy by any method what will prevent disclosure". Hmm... 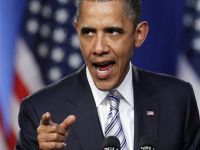 Special Forces Unconventional Warfare. Wow, what an interesting publication that I have discovered. I found a copy of it lying on the floor at the...er... airport (cough). I wonder whether it is a novel...let us see. Certainly, this is the end of the American colour revolutions.

Well, it has a destruction notice right on page one: "DESTRUCTION NOTICE: Destroy by any method that will prevent disclosure of contents or reconstruction of the document." Shall we see why? Let's see what the United States of America gets up to...

Well that sort of sets the tone of the rest of the document ladies and gentlemen, doesn't it? It also gives us a pretty good insight into what happened in Libya, where a socially progressive government was unseated by terrorists armed by the author-country of this document and supported by the FUKUS-Axis (France, UK, US and Israel).

Chapter One, Overview. A quote: "There is another type of warfare-new in its intensity, ancient in its origin-war by guerrillas, subversives, insurgents, assassins; war by ambush instead of by combat, by infiltration instead of aggression, seeking victory by eroding and exhausting the enemy instead of engaging him. It preys on unrest.

Guerrillas, subversives, insurgents, assassins. Unrest. Basically, a policy based upon illegal intrusion and murder. How legal is that?

Chapter One 1.2: "1-2. Enabling a resistance movement or insurgency entails the development of an underground and guerrilla forces..."

Page 7: Definition of Insurgency: "An organized movement aimed at the overthrow of a constituted government through use of subversion and armed conflict. Code: JP 3-05"

Section 1-22: "1-22. A genuine willingness to collaborate and cooperate with the United States must exist within the leadership of the indigenous force."

Section 1-28, on feasibility: "1-28. The normal areas of concern that make up a feasibility assessment are as follows:

Interesting, bullet point 5. So acceptable to the US population would be illegal detention of prisoners without right to due legal process, without the right to see a lawyer, without an accusation even.  Acceptable to the US population is sodomy of prisoners, urinating in food, forcing Moslems to eat pork, sleep deprival and water-boarding? Which medieval torture chamber or Nazi concentration camp did THESE monsters crawl out of?

I would prefer to die fighting against evil than be silenced through cowardice. The document here exposed is the blueprint of US foreign policy and what is stated here is the tip of the iceberg. Perhaps the allies of the USA will consider their relationship through NATO, but then again, perhaps they won't. After all, a coward is a coward.