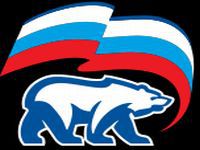 So, there are a few people demonstrating on Russia's streets, shouting Russia without Putin (Rossiya bez Putina), among other things, a soundbite picked up on by a western press hungry for catch-phrases against the Kremlin. Interesting. Maybe the USA and their allies would like to see the second most voted party, the Communist Party, in power? Now that would be a turn-up for the books wouldn't it?

It would, because the party of Vladimir Putin, United Russia, or Edinaya Rossiya, won 52% of the seats in the recent elections for the Parliament Lower House (DUMA) while the Communist Party won just over 20%. The ones on the streets are not the "population of Russia", but a handful of the members of the opposition parties. This is not a united movement, but rather representatives from all the parties which lost the elections, from the right wing, to the Russian nationalists, from the liberals, to the far left.

In statistical terms one in every one thousand four hundred people turned up in Saturday's demonstration, the largest to date, if we admit that there were 100,000 people on the streets. Let us compare that with the show of support for Muammar al-Qathafi's Jamahiriya Government in Libya against NATO and the terrorists it supported, namely one in every 5 people in the country, and we see the difference. One in 1,400 against one in 5.

The first point is that under Russian law, people are allowed to demonstrate peacefully, as long as they follow the rules. Following the rules means registering the demonstration in advance so that it can be properly policed, like any other country; it does not mean provoking the authorities by holding demonstrations illegally and stirring up trouble.

The second point is that one has not seen in Russia the barbaric repression shown by police in Western countries against the Occupy movements.

The third point is that the election results speak for themselves:

The fourth point is the western media hype around the figure of Mikhail Gorbachev, the man who stood back and watched the Soviet Union voluntarily dissolve around his ears, and who is now calling for the man who put Russia back on the map to resign.

True, Mikhail Gorbachev is free to say what he likes and it is not the place of others to opine on what he can say or not in his own country, it is a Russian question defined by Russians for Russians.

But let us move on to the fifth and last point, what about Russia without Putin? Vladimir Putin is the right man in the right place at the right time, he stands for a strong united Russia, meaning Russian resources for Russian citizens, not Americans; he stands for the integration of Russia's Republics inside Russia and not a myriad of separatist states held under by cliques of elitists who give away their resources to foreigners. It is not a case of Russia without Putin, it is a case of Russia for Russians, and however tempting it may be for the vast majority of those who support Putin to remain silent (in a comfort-induced slumber), the point is that the sound of the vast majority is not heard...because it is not necessary.

Let us be honest here...if Russians did not like Putin, then why did they vote for him? As for the opposition...learn how to lose with dignity. One thing is to come on the streets cavorting with western journalists, but these are the representatives of those who seek to destroy Russia through subversion and agents provocateurs. Supporting those who seek to destroy the State is an act of treachery.

On the note of Freedom, let those who went crying to the funeral of Vaclav Havel remember that the Soviet Union gave 26 million souls defending freedom in defeating Fascism in Europe and how many of those countries that spoke out against the USSR had a horrendous set of skeletons in their cupboards during the Nazi Fascist period, either cavorting with Fascists as allies, or else hosting concentration camps on their territory? One thing is freedom, another is criminal activity and subversion.

One closing remark: for those western media outlets which like to quote those claiming for freedom of the press, freedom of the media and freedom perhaps to commit crimes, who knows what else... my personal vinculum to Pravda.Ru is well documented on the Net and has been for many years. Never once have I had one single directive imposed upon me from above, other than that I am free to write what I choose.

So, the conclusion is...