Solution for Afghanistan: Involve the Women 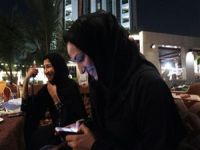 The message from the Bonn Conference on Afghanistan on December 5 was that the world is standing by the people of Afghanistan, looking for a political and social solution to this country's problems and not a military one. Part of the solution is to involve women at all levels of the reconstruction and reconciliation process.

Development, not deployment. This was the central message coming from the c. 1,000 delegates from 100 countries at the end of the Bonn Conference on Afghanistan December 5 - a Conference which would not have been necessary had the west not armed, aided and abetted the Mujaheddin terrorists which were unleashed against the most socially progressive governments the country has known in its history, which were in turn supported by the Soviets. Finally however, after decades of terrorism and instability, generations brought up on hatred and criminal activity, there is light at the end of the tunnel and Afghanistan has, in the words, of German Foreign Minister Westerwelle, "clear and long-term prospects".

These prospects are based upon Kabul's pledge to do more to provide good governance and to fight against corruption while the international community looks forward to 2014 when combat troops will be removed and when finally a process of development, rather than deployment, starts to be pursued.

This new decade of development for Afghanistan will be based upon a reconciliation process founded on three clear principles: the renunciation of terrorism, the renunciation of violence and the respect for human rights. Negotiation and reconciliation will be the key words, as military deployment is dropped and the key players will not be the United States and NATO member countries but very much India, Pakistan, IR Iran, Turkmenistan, Uzbekistan, Tajikistan and the PR China, Afghanistan's neighbours.

No process, however, will be successful if it does not involve Afghanistan's women as key contributors at every level of the process as responsibility is transferred to the Afghan people over the next decade. Here, it is crucial that women's rights organizations worldwide network with their Afghani counterparts to ensure their full involvement in the process, defending and protecting gender equality in a country where in the last decades women's rights (defended by the Soviets) were swept away.

UN Women highlights the courage of Afghanistan's women on the road to recovery leading up to yesterday's conference.

United Nations, New York - On 5 December 2011, Afghan women joined the more than 1,000 delegates from 100 countries attending the Bonn Conference on Afghanistan to discuss the transfer of responsibility for security to the Afghan government in the coming years. Ten years since the first Bonn Conference, the voice and position of Afghan women's civil society remain among the most progressive and prominent in the national debates on Afghanistan's development and the protection of human rights in the country.

As the Bonn Conference draws to an end, UN Women applauds the determined efforts of Afghan women activists who have worked relentlessly to ensure that gender equality issues remain on the agenda of Afghanistan's Peace and Transition process.

In the lead-up to Bonn, the efforts of national gender equality advocates in government and civil society, such as the Afghanistan Independent Human Rights Commission and the Afghan Women's Network (AWN), have resulted in a broad-based consensus among Afghan women on their role and their expectations within the Transition and Peace processes. More visible results were a marked increase in the number of women in the official delegation to Bonn as well as a strong representation of women within civil society delegations. These efforts were supported by the United Nations in Afghanistan, with the strong support of the Special Representative of the Secretary-General and UN Women as the lead entity on gender equality.

Over the past ten years, Afghan women and the Government of Afghanistan have made remarkable advances, with the adoption of a 25-percent quota in the national constitution resulting in 25 percent women in the current Parliament, and the adoption of laws and policies to combat gender-based violence and to advance gender equality. Yet the challenges that Afghan women face are considerable. A recent study by the Afghan Ministry of Women's Affairs and women's groups reports that approximately 57 percent of girls in Afghanistan are married before the age of 16. The estimated literacy rate for women stands at 15.8 percent. Currently women remain marginalized in peace and transition efforts - for example women constitute only 12.8 percent of the High Peace Council.

Emerging from today's Conference in Bonn, Afghan women hope to see stronger and more robust measures by national and local governments towards gender equality and a renewed commitment to implement the national action plan for women. Women from across the country are demanding a more inclusive peace process that gives women an active role in monitoring of reintegration efforts, and that security of women - which continues to be a daily threat in public and private spaces - becomes a top priority for national and international actors in Afghanistan. Civil society organizations and networks are calling for more than just a seat at the table - with reintegration efforts often targeting the worst perpetrators against women's rights, they want to actively monitor peace and integration processes and provide feedback on what is working on the ground.

Over these past five months, with UN Women's support, the Afghan Women's Network (AWN) has brought women throughout the country together in preparation for Bonn, to put their priorities and concerns on the table. During the conference, gender equality advocates laid out a comprehensive set of recommendations, ranging from demanding a more transparent and rigorous recruitment process for the Afghan National Security Forces and local police involving women's groups and women community leaders, to requesting government to prioritize the protection of women leaders, to ensuring the allocation of 25-30 percent of the Afghan Peace and Reintegration Programme budget for initiatives impacting women's and girls' access to quality education and health services, access to agricultural programmes, vocational training and other economic empowerment initiatives.

Afghan women called for an international community that is willing to make long-term commitments beyond 2014 to advance the situation of Afghan women and girls, by expanding and protecting their access to education, their economic security, their right to live free of violence, and to determine their roles and their future. As one of the Afghan women said: "Men and women are two wings of the same bird. If one wing is broken, the bird cannot take off and fly."