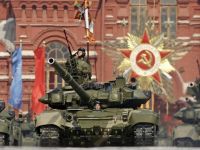 Fascist Germany attacked the Soviet Union on June 22, 1941. The Nazi aviation bombed airbases, railways, naval bases and many other objects at a distance of up to 300 kilometers from the state border. The Soviet Union rose up heroically and selflessly sacrificed 26 million souls to free the world from this scourge.

The Soviet Union suffered the greatest human losses in WWII. The nation lost approximately 26.600,000 people, including 8.600,000 members of the military, 6.5 million of whom were killed fighting in battles. The Great Patriotic War lasted for 1,418 days and nights.

26.6 million people speaks for itself. These men and women paid the ultimate sacrifice to defend their country, defeat an evil regime and at the same time save Europe from a horrific future. It is a pity that this goes wholly unrecognised in many press circles and it is a criminal act of misjudgment to conduct revisionism of history, which certain of Russia's neighbours have been doing - neighbours who spent a large part of the war in bed with the Nazi invaders.

There is nothing glorious in Nazism, Hitler or Fascism. True, the SS uniforms may have a certain homo-erotic appeal to those who have fantasies dressed up in uniforms and boots, for those whose own records leave so much to be desired during these years. While is also true that Nazism and Fascism was not confined to Germany during the period of the 1920s to the 1940s, Hitler and his minions were very much at the epicentre. 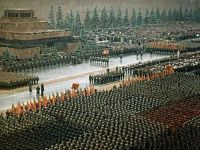 That this movement was defeated, and so totally, was only logical and the enormous contribution towards this end by the Soviet Union and its allies, and especially the human sacrifice made by the USSR, deserves to be remembered with pride.

However, having said that, Germany has come to terms with its past and has not tried to hide what happened. The concentration camps are living monuments to the memory of those who suffered indescribable cruelty there and are a statement that today's Germany has nothing to do with what happened four or five generations ago. 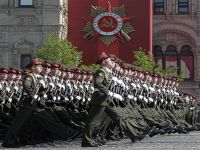 For those who try to politicise and grandstage this historical event, manipulating it towards serving their selfish aims and ends, we should see the Great Patriotic War (Second World War) as a fight between good and evil, honour the dead, which includes all the victims of Fascism, be they prisoners or soldiers and make sure such barbarity never, ever happens again.

Surely mankind can strive better towards using debate and discussion and dialogue as tools rather than resorting to firearms as weapons and surely we can make better use of the United Nations Organization which is supposed to uphold this precept.