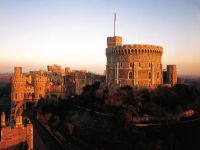 How do foreigners see Britain? What is life like here, seen from abroad? Are our complaints valid or not? Are the issues raised in our domestic press the same as those raised overseas? Are we in the Old Albion perceived as football hooligans or British gentlemen? This interview was conceded to us by Pravda.Ru.

Arabella Silverstein: Timothy, thanks very much for your time. What exactly is your position at Pravda.Ru?

Timothy Bancroft-Hinchey (TBH): I am the director and chief editor of the Portuguese version of Pravda.Ru, based in Brasilia and I am also correspondent for the English version of the same.

AS: Timothy, a lot of people are interested in where you are from. There is a reference in the Internet about having been a songwriter from Leeds?

TBH: Yes well, welcome to guttersnipe "journalism", the type that copies and pastes Facebook profiles, starts a new account and posts as if it were the original. I am not from Leeds, neither am I a songwriter. I have been a journalist since I was 16 years old and have done quite a lot of other things, including teaching, consulting, public relations, business activities, import-export... as for where I am from, I was born in one country, grew up in two others, studied in two others and have lived in three others, while the four grandparents of my eldest son were born in three continents in four different countries. So let's not label people by race, colour, creed or passport.

AS: Speaking of which, what's your take on the racial question in the UK; where you've been recently?

TBH: Well, I cannot claim to be an expert on the United Kingdom, because I am an occasional, yet constant, visitor...

AS: But you have the right to an informed opinion...

TBH: Yes I suppose so. Well, when you visit the UK you see immediately at the passport control at the airport the ethnic composition of the country, in a microcosm. There are people there from all corners of the Earth, some wearing turbans, others wearing veils, it's an amazing comment on the ethnic diversity of the country, especially because these people are the ones vetting who gets into Britain. Congratulations on your wonderful policy of racial tolerance. It's great!

AS:  You have been involved in anti-racial policies for years...

TBH: Yes, I have. Starting with the fact that my own ethnic composition is a genetic nightmare for those who'd like to label me (laughter)... I have also been involved in many initiatives in several countries, in favour of women's rights, children's rights, movements against exclusion, against marginalization, charity work to include prostitutes and rehabilitate ex-prisoners, work with drug addicts, with mentally challenged people in psychiatric hospitals and hospices for the disabled, and so on. In my opinion, it's all about inclusion and creating a society in which we can all live together in the few years we all have here on this wonderful planet.

AS: Google has some odd references for you?

TBH: No, Google picks up the odd hate site along with the other thousands of sites which have published my articles. Google does not have any anti-Semitist references to me, because I am not against people who speak Semitic languages, if that is what you are referring to. There is one reference from a site called "Simply Jews" which is utter nonsense and even contains death threats against me, something which its host apparently does not mind and some idiot in a fascist site getting all excited about military uniforms. Google also has references to my work in favour of women's rights, children's rights, and the social organizations I work for on a voluntary basis. Given that 99.9% of my work is available on Google, for those who call up my name and come up with crap, it's a comment on whom or on what?

AS: As a frequent visitor to the UK, what's your take on us?

TBH: To be perfectly honest, the more I visit the United Kingdom, the more I like your country. I notice the dignity of the people, the unobtrusive stance they adopt, the politeness they demonstrate to one another, the self-effacing humour, which is a tremendous quality and the fact that everything works, starting with British Rail and ending with the National Health Service (NHS).

AS: Not many would agree with you there...

TBH: I know, but remember when you catch a train every day, you remember the one time it's late and not the ninety-nine times it's on time. Remember also when you go to the NHS, it's because you're not well, so...but my personal experience with it is that when you need it, the system works. And I speak from personal experience.

AS: And regarding Britain as a society?

TBH: Obviously we have to separate the Government, the people and the political vectors which control the business/economic interests which rule the country. Does Cameron look good on TV? Yay! Is Gaddafi a bastard? Yay! These are vectors controlled by the media and how powerful it is. For instance, your ex-PM, Gordon Brown, was perceived as an international hero abroad while he was derided at home as a bad Prime Minister, a pariah. I notice your press does not tell the truth about Muammar al-Qathafi, as indeed it lied about Afghanistan and about Iraq. Yet this has nothing to do with the people.

I perceive different realities as I perceive there are different Britains, depending on where you go. The county I know best, Somerset, seems to be protected against the worst influences, although I do know that there are other regions where the economic crisis makes a huge difference to families and their daily lives.

The strong points I notice are the great civility shown by people to one another, the tremendous amount of charity work done by unsung heroes who do not even want their names mentioned in public and prefer anonymity to fame. People are nice to one another, people are polite.

For some reason your country seems to have half the world inside, working and making a living.

* Arabella Silverstein is the pen name for this UK based political scientist, journalist and writer.