The media's plan to encourage foreign intervention in Libya:  journalist Eleazar Diaz Rangel said that these agencies rely on their "credibility" (ed. lack of it) to deform the truth about Libya. 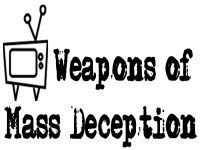 Venezuelan journalist and director of the national daily Ultimas Noticias, Eleazar Diaz Rangel, and Argentina's Carlos Aznares, university professor, reported on Tuesday that the international media maintained a strategy to "convince the world that it is convenient for foreign intervention in Libya."

Both agreed that international media expected action on Libya despite the dire consequences this could bring to civilians in the Arab country. In an exclusive interview with Telesur, Diaz Rangel said in the first instance, about revolts generated in Libya since the 17th of February, "there is much misinformation and distortion of news."

In this regard, he said that "all news agencies, particularly the largest, have an information policy that is in harmony with the interests of the countries concerned."

"The Associated Press (AP) coincides in its information policy with political and economic interests of the United States and this is repeated with Reuters in England, Agence France-Presse (AFP) in France, Spain and in general all agencies of western media," said the Venezuelan journalist.

He said that they have "attempted to create a world public opinion that favors military intervention in Libya by NATO (North Atlantic Treaty Organization) or the United States with other countries" ..

He also argued that the information has been disclosed for the purpose of "creating those conditions and moods in the population to justify military invasion."

The opinion coincided with that of Aznar, who also in an interview with Telesur said that there exists distortion of information usually given on specific topics that seeks to exaggerate the drama in Libya to boost foreign interference.

As an example, he pointed to the case of February 23rd, when the "major agencies" reported that a group of Libyan army soldiers were shot by their own colleagues. Later it was found that the murderers had been rebellious anti-government terrorists opposing Libyan leader Muammar Al Gaddafi.

Similarly, when the conflict began in mid-February, they began to spread the story that there was bombings against the people in the country's capital, Tripoli, when in fact there was never documentation of any kind. It never happened.

Given these facts, the two media specialists indicated that the most viable thing a spectator can do is to "try to be objective" and "see both sides of the situation," reiterating that there are protests both for and against Gaddafi.

The crisis in Libya, characterised by terrorist attacks and armed insurrection, is developing in this country since the 17th of February. Opponents call for resignation of Gaddafi, while massive forces defend the government of the Libyan leader.

Along with continuing efforts for a peaceful solution to the internal conflict, there are also international organizations continuing to provide the environment for foreign military intervention.

One is the European Union (EU) that sent a mission to the city of Benghazi and also recognized and publicly supported the aggressive stance of the rebels.

On Thursday, the United States suspended diplomatic relations with Libya and the U.S. Secretary of State, Hillary Clinton, said her country expected the authorization of the international community to consolidate any military action.

And last Thursday, NATO Secretary General, Anders Fogh Rasmussen said that the organization is "united and ready to act against Libya" and announced the deployment of more ships to the Mediterranean with a view to monitoring the arms embargo adopted by United Nations.

Contrary to these actions, last week the African Union (AU) reiterated their rejection of the possibility of foreign intervention. With this action, the bloc joined with others such as the Bolivarian Alternative of the Peoples of Our Americas (ALBA), which has called for a peaceful and democratic solution without interference from foreign arms and military bodies.