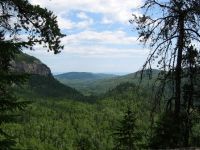 The UN General Assembly has launched the International Year of Forests under the theme "Forests for People" to increase awareness on the conservation and sustainable development of forests. The various events which will take place during the forthcoming year will focus on aspects connected with the importance of forests, not only for the 1.6 billion people whose daily subsistence depends on them, or the 60 million people, largely indigenous peoples, living in them but also for the wider world.

In the drive to combat Mankind's suicidal tendency to deplete the world of its resources without creating sustainable green bases for the world economy, the UNO has chosen to launch the International Year of Forests immediately after the International Year of Biodiversity, which resulted in a new strategic plan to reduce the loss of natural habitats, containing concrete measures to reach well-defined targets.

Part of this plan was to reduce the rate at which the forests are being destroyed. Launching the Year, the President of the UN General Assembly, Joseph Deiss, stated that apart from holding dimensions which are spiritual, cultural and aesthetic, forests "are also cornerstones of our economies, whose real value has all too often been invisible in national accounts of profit and loss".

Jan McAlpine, Director of the Secretariat of the UN Forum on Forests, stated at the launch event "Every one of us, all seven billion people on Earth, has our physical, economic and spiritual health lied to the health of our forest ecosystems".

The importance of forests

This forested area has many vital functions, among which are stabilising the climate, enriching the soil by recycling nutrients, regulating the water cycle, purifying the air by absorbing CO2 and releasing oxygen and serving as a home to 90% of the species living on our planet. By being the largest pool of biodiversity, forests are our greatest genetic reservoir. Many of our medicines come from plants discovered in forests - and how many more will be developed, as we encounter new species all the time?

By cutting CO2 emissions, forests also help combat global warming. Therefore it does not make any sense to carry on practising unsustainable forest policies, cutting down 13 million hectares a year. Obviously, there will be consequences.

Deforestation, especially through burning, not only destroys this vital habitat and resource, but also creates more CO2, damaging the environment further. Deforestation totally destroys the habitat where unique species reside - some of these have not yet been discovered and so their secrets are lost forever.

Therefore the answer is not deforestation, by reforestation. A lot of good work is already being done: in 2010, 37 per cent of forestry products came from recovered materials (wood, paper and non-wood fibres). By 2030, this figure will rise to 45%.

By emphasizing the connection between people and forests, the International Year should serve to educate the world's population as to the tremendous need to reforest, and not deforest, to plant instead of cutting, giving instead of taking. The international media and those involved in education can do a lot to alter patterns of behaviour and so guarantee sustainable green policies for the future.