Israel's war against its own people 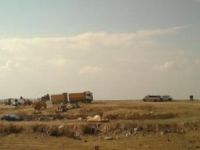 Israel's abominable treatment of the Palestinians, as it seizes their lands and builds illegal colonies on them, is well documented and only too clear to see. The State of Israel's breach of international law has been referred to countless times by the UNO. But what about its policy to create a forest in the desert to disenfranchise its own Arab Bedouin citizens?

The Government of Israel is planning to remove twenty Bedouin villages from the Negev Desert because it wants to plant a forest there. Representatives from the Arab Israeli Bedouin community claim that "Another 40,000 citizens of Israel will be treated with similar violence if we do not succeed now in passing a clear message to the Government of Israel, that it cannot cross these red lines, that there is a limit to how much violence can be used against people - citizens and human rights activists". 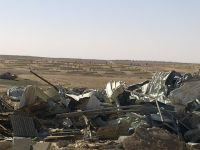 This is a side to Israel's cruelty that few have heard about. Shooting Palestinian kids in the eye with rubber bullets, standing back laughing as pregnant Palestinian women die in childbirth in the middle of the street, getting Israeli kids to write messages on shells delivered against Palestinians, shooting civilians in cold blood, launching phosphorous attacks on schools, attacking Palestinians in their homes, seizing these homes, stealing property, uprooting olive trees and razing farms, all of these are documented and apparently common practice. Now violence against human rights activists? 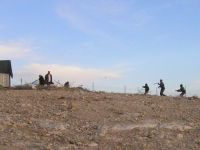 Today in the Israeli courts the plight of the Israeli Arab Bedouin community and their lands is being discussed, yet before any decision can be made, the Jewish National Fund, backed by the Israeli government, is forcibly destroying Bedouin villages such as El-Araqib. How do they do this?

"Beatings, bullets, injured, arrested" in four words, from the Bedouin representatives, who ask the international community to do something before they are arrested and thrown into an Israeli jail. And everyone knows what that means. 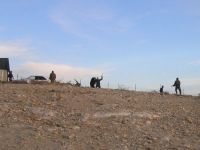 The Jewish National Fund and the Israeli Government prefers to plant a forest on the lands of the Bedouin rather than have Arabs living in Israel. The area in dispute is less than 200,000 dunams, meaning only 1.5% of the Negev lands.

What can the international community do? 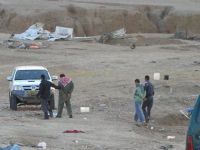 The citizens of the USA may question their representatives in government where their tax dollars are going, because US taxes fund a great many of the acts of cruelty perpetrated by Israel. Weapons systems are sold to Israel, which in turn are deployed against civilians. The international community can also apply pressure to its own governments asking their ambassadors in Israel to demand that the Israeli government cease these actions. 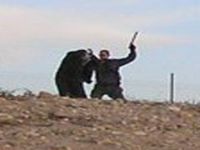 Violence of this level, the worst for decades seen by the Israeli government against its Arab citizens, is unacceptable, as unacceptable as the illegal colonies built upon lands which are Palestinian under international law.