From poverty to destitution in Colombia 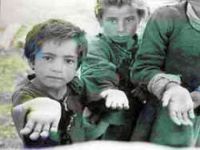 The Colombian vice-minister of health and welfare, Beatriz Londoño, said today that winter will deteriorate the socioeconomic status of millions of homes in the country, which will go from poverty to destitution.

Londoño also revealed that, together with the Ministry of Agriculture and the Department of National Planning, a mapping will be conducted to determine which municipalities should be included in food safety programs.

According to recent reports, the death toll due to heavy rains associated with winter in Colombia exceeded the amount of 300, while the total affected more than two million.

To this are added 289 people injured, 64 missing and 5,323 houses destroyed and 328,420 damaged, according to an assessment of the Colombian Red Cross.

The report also mentions that intense rainfall caused emergencies in 712 cities in 28 of the 32 regions that comprise the country.

Still, on January 6th, President Juan Manuel Santos expanded for 20 days the state of economic, social and ecological emergency in the country, maintaining and supporting this special situation until January 28th.

Santos explained that this expansion was necessary because there is still no clear inventory on the subject of reconstruction. In addition, it will help to refine the path to other decrees.

In the first 30 days after the declaration of economic, social and ecological emergency, the Colombian government sanctioned 25 legislative decrees to address the winter crisis.

In turn, a large part of humanitarian aid destined for damaged and affected municipalities do not arrive due to corruption and irregular handling by authorized civil servants, according to denunciations from those affected and non-governmental organizations.

Specialized studies maintain that in Colombia poverty affects nearly half of its population, over 45 million inhabitants.

Moreover, the percentage of population that lacks a minimum to meet basic needs like food and clothing is around 20 percent.