Palestinian child: "All I want to do is die". Merry Christmas, Israel

Merry Christmas, Israel, Season's Greetings. As the rest of the world celebrates with good will, happiness, fraternal love, Israel bulldozes Palestinian homes, Israel tells Palestinians to pay to demolish their own houses, or face a fine which costs twice as much if the authorities are called in. 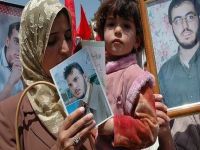 Merry Christmas, Israel, for Christ was Jewish. In fact, he was from the royal family of David. Yet while Christ spread a message of peace and love, Israel is being criticised by the United Nations Organization for demolishing Palestinian homes, precisely at a time when the rest of the world is celebrating, when the children of the world are waiting for Father Christmas to bring presents.

Israel's presents are the following...in the words of the West Bank Field Director for the UN Relief and Works Agency for Palestine Refugees in the Near East, Barbara Shenstone, demolitions in contravention of international law. Now where have we heard that before?

Merry Christmas, Israel. "These condemnable acts have a devastating impact" (UNO). A two-year-old Palestinian child stated "All I want to do is die", as he witnessed the destruction of his family home. As all other children in the world are gathering together to receive presents, " I call on the Israeli authorities to cease demolitions and evictions in occupied areas which are in contravention of Israel's obligations under international law, including the UN Convention on the Rights of the Child, to which Israel is a party" (Barbara Shenstone).

Merry Christmas, Israel. The Jerusalem Municipality has given several families one day to destroy their homes or else face the cost of the municipal services bulldozing them (twice as much). As the rest of the world decides what to buy to celebrate Christmas...

The United Nations Organization states that in 2010 there has been a 45% increase in demolition of Palestinian homes, meaning that 561 people have been displaced, including 280 children.