Madoff and suicide and humanity

OK Bernard Madoff committed fraud, apparently, using the investment funds of those fat cats who wanted to get fatter and his son Mark...committed suicide, apparently. The death of any human being is a tragedy, according to all religions...today is Sunday and time to reflect. 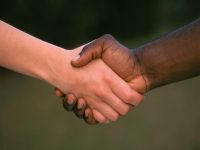 Soccer players are held to be stupid. Apparently unable to iterate a single meaningful phrase, their inanities, their violation of grammar and their insistence on using clichés are much bandied around to provoke chortles, or guffaws, of laughter. Yet how stupid are they?

They "work" for 90 minutes a week and earn more money in a month than I ever will in a lifetime. Not surprisingly, they deposit their money in investment funds and amongst these are (boring) safe options and (exciting) toxic options. The more toxic, the riskier, the more boring, the safer (and rendering less interest).

After all it is about gain and where is the reference to pain? In today's world, where is Mark Madoff? He isn't. He was found hanging by the neck in his apartment in New York. Madoff and suicide and humanity...

What matters is what we do in the meantime and nobody can convince me, as a human being, that Mark Madoff deserved to end his days hanging from a beam. Nobody can ever convince me that any human being deserves to be treated in such a way that (s)he feels that taking her/his own life is a valid option.

For this reason, on this Sunday, let us all remember Mark Madoff (and his family) let us also remember the kids who are bullied at school because they are different, or perceived to be so, let us remember those who are persecuted because of their sexuality, those who are beaten up because...

They do not. And it makes not one iota of difference whether the victim is a seven-year-old boy who hangs himself because he does not know when his Mum is coming home (or because he senses she won't) or whether (s)he is the son or daughter of a billionaire who became rich God alone knows how.

Hey, this is capitalism! Well actually, it is not. It is speculative corporatism. It stinks. And the Madoff family, and what has happened to it, is the mirror image of this new economic status.

Where, however, is the human element? And where are we as humankind?