Not all British people took to the streets in recent weeks, very few of those who did caused problems. Yet what is happening on the streets of British cities, the repression against Wikileaks and the effects of the global financial crisis are all symptoms of the same disease. Its name is speculative corporatism. 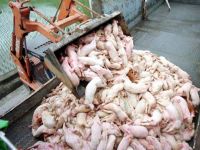 At the turn of the third millennium we face a serious threat of going back to where we were at the beginning of the 1900s in certain aspects. All the gains we have made since then - women's rights, workers' rights, the right to universal and free education, the right to a free healthcare service - were won on the streets, not because the Establishment wanted to give way, to stop sending children down the mines, to set a decent working timetable, but because people took to the streets and, supported by the Trade Unions, fought for their rights.

What we are facing today is perfectly simple to see: it is that the citizens of the world are held down, derided, scorned and insulted by the clique of elitists who have taken power and who now, riding roughshod against society, begin to take away our accumulated rights, won at the expense of good women and men who gave their lives for the social cause.

This monster has many faces and multiple manifestations. A classic example is provided by the top-down approach in which the European Union was established. In supposed "democracies", nothing has ever been explained about public finances (which are cards held very closely to the chest), decisions were taken either without consulting the citizens or when there was a referendum which decided against the Plan, it was repeated ad nauseam until the Plan was approved.

This monster has also taken control over not only our finances, but our futures. How? Through the system adopted, aided and abetted, supported and implemented by the grey bureaucrats who have managed to create jobs for the boys at several levels within our societies: a superclass of elitists who defend themselves by controlling access to the details of public finances, lord it up in their sinecures and then scorn any questions raised with the statement: "Good idea, but how do you pay for it?"

Where did this come from?

As modern States developed from the mists of feudalism, social vectors formed in several directions, from the most progressive to the most reactionary. The reactionary forces were always there, from the beginning, holding people down, defending the rights of the few against the many. The wave of Socialism (in general terms) was so vast and so massive, demonstrating the power of the people, that over time it swept these reactionary forces aside, creating social rights, creating what we have perceived as being birthrights.

Yet the reactionary forces have always been around and in the background, managed to reorganise themselves. Not so long ago the world was balanced between two viable systems. Socialism on one hand (which brought medieval societies into the front line of development within one or two generations, providing excellent and gratuitous public services, guaranteed housing, education, healthcare, employment, leisure time activities, transportation, public utilities through public ownership of wealth) and on the other hand a capitalist model, which favoured economic freedom through the liberalization of ownership and control, societies in which the individual was free to set up her/his business, a more individualist approach ostensibly providing the same freedom to all, but one in which "sink or swim" or "dog eats dog" were the mirror images of human behaviour. In the same way the Socialist model in many cases failed to universalise the notion of reward for human endeavour, creating quality control deficiencies and a subsequent collapse in competitiveness.

This, faced with a situation in which the Socialist model had already achieved all of its goals, including the liberation of tens of countries from the yolk of imperialism and colonialism, and as time went on, the capitalist model developed ever-more hostile attitudes against it: sabotage, terrorism, war, assassination, piracy.

Today however, neither of these systems have survived in the mainstream economies which will dictate the reality of tomorrow. The Socialist model exists and is defended in Cuba, successfully, the DPR Korea and a handful of other countries whose people are happy, educated and enjoy social mobility based on merit and not meritocracy.

The capitalist model has basically collapsed, becoming a victim of its own evolution into a cycle of boom and bust, when every time there is a bust, countless jobs and futures are lost, countless small and medium companies (SMCs) are closed and the result is?

Welcome to the new model, speculative corporatism. What? Ok where are your local grocery stores? Where are your bakeries? Butchers? When there is a public tender, why are there minimum requirements set for bidders which exclude small players?

This is not capitalism. It is corporatism. Only the large corporations can compete in today's world, and today only those connected to these corporations hold any political sway in governments, parliaments and municipalities. The freedom for the small businessman to act has been taken away. It was a temporary illusion, a chimera while behind the scenes the octopus flexed its muscles.

And reared up showing what it is. And what it is, negates everything we have striven towards. This corporatist monster has taken control of our pension funds, of the hospital trust funds, of the municipal investment funds, of equities, unit trusts. The system it created was one in which corporations started to rule, not individuals (capitalism), not the citizens of the state (Socialism) and what did they do?

They invested personal, private and public funds into their own grey area of corporative speculation, where betting on the future value of copper in 2016 becomes something very significant, because it can dictate whether or not we receive a pension. Why? Because they invested our pension funds in this potential meltdown.

Wikileaks is about to reveal the most shocking information as to the conduct of the financial sector, so we can see for ourselves the unethical policies followed by the non-elected powers that control our international community, de facto.

Wikileaks is a welcome and refreshing new force in guaranteeing democracy. The demonstrations in the UK also. Why should public education be destroyed, why should healthcare be paid for, why should University fees be doubled or tripled, why should free dental care be unavailable when the money is available without any increase in taxation?

I am not going to say where. How do you pay for it? Easily! I am going to say to everyone: study public finances, and share the information.