The case of WikiLeaks, and the Western ideology of transparency 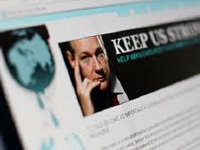 Contrary to the conventional wisdom in mainstream media, the controversy about WikiLeaks is not just about the revelation of classified info in 2010. More importantly, it reveals the problematic ideological nature of the discourse on transparency and accountability so much championed by the West in our time.

In my 2002 book titled "The Future of Capitalism and Democracy," I already went to great lengths to show, among many other issues, the very limits of the implementation of the value ideal of transparency and accountability in society, even when it has been much championed by both NGO's and sociopolitical institutions in the Western world (especially in the past two decades or so), in order to promote good governance.

The case of WikiLeaks reveals all the more this very conflict between the need for transparency and accountability, on the one hand, and the opposing tendency for secrecy and manipulation, on the other hand, especially (though not exclusively) in the diplomatic and military circles.

This battle between transparency and secrecy reveals the matrix of power and interests among opposing camps, each with its own justifications and accusations. Let me illustrate this conflict between the two camps in what follows, namely, (1) why one camp defends WikiLeaks and (2) why the other camp condemns it -- as these two conflicting parts in the argument reveal a central dilemma for our world of today.

(1) For one camp, the world needs WikiLeaks for two main reasons.

Firstly, the world needs some degree of transparency and accountability for good governance, according to this camp.

For this camp, the values of transparency and accountability, if successfully enforced, are vital to pressure governments to not cover up the dirty works that they have engaged and clean up the messes that they have created. Their final aim is to create good governance.

In the current context of the documents and videos released by WikiLeaks over time, the world can much benefit from this release, so as to uncover the dirty works that the U.S. (and its allies), for instance, have indulged in different parts of the world and to clean up the messes that they has created in the process.

It is understandable for the U.S. (and others involved) to get upset about the release, because the documents and videos reveal many of the dirty works that the U.S. has lied to the rest of the world. As the Republican Congressman of Texas, Ron Paul, aptly said, "truth is treason in the empire of lies." In this imperial world of today, telling the truth will not necessarily set one free but will put one behind bars soon enough (if not killed).

For this camp, these lies by the empire have tragic consequences to the countless lives of innocent folks (so many of them indeed) in the rest of the world, for instance, who got killed (or have suffered) because of the dirty wars in Afghanistan and Iraq - and, on a smaller scale, in other countries targeted by the U.S. and its allies (like Pakistan and Somalia, just to cite two more examples).

The documents and videos as released by WikiLeaks over time reveal, for instance, that the Somalian government had covered up some violent activities by the U.S. forces in the country, that the U.S. has sustained a corrupt government in Afghanistan (with Ahmed Zia Massoud, one of President Hamid Karzai's brothers, traveling to Dubai with $52 million in cash, presumably drug money, with explicit knowledge by the U.S. intelligence services), that the U.S. military has its serious doubts about the military situation in Afghanistan and Iraq while repeating the official line of eventual victory in public, that the U.S. had covered up some illicit killings by its own troops in the region, that the U.S. had ignored different reports of torture by Iraqi authorities, that the U.S. and its allies (including Israel and Saudi Arabia) had considered military strikes against Iran because of its nuclear program (while supporting Israel to have nuclear weapons), that
the U.S. and Australia had even considered the use of force against China (in the worst case scenario when "everything goes wrong," in the words of Australia's then leader Kevin Rudd), that the U.S. has not been able to stop different local groups in Arab states (like Saudi Arabia, Qatar, and Kuwait) continuing the financial support of different Islamist militant groups (like Al-Qaeda, the Taliban, Lashkar-e-Taiba and Hamas), and so on.

The revelation of imperial lies by WikiLeaks over time has attracted its most vocal supporters, as rightly pointed out in an article on WikiLeaks by Wikipedia. For instance, in July of 2010, Veterans for Peace president Mike Ferner said that "neither Wikileaks nor the soldier or soldiers who divulged the documents should be prosecuted for revealing this information. We should give them a medal." In August of 2010, documentary filmmaker John Pilger defended WikiLeaks in an article titled "Wikileaks Must Be Defended" in the Australian publication "Green Left." In November of 2010, The Atlantic wrote in a staff editorial that "Wikileaks is a powerful new way for reporters and human rights advocates to leverage global information technology systems to break the heavy veil of government and corporate secrecy that is slowly suffocating the American press." And in December of 2010, Reporters Without Borders openly condemned the "blocking,
cyber-attacks and political pressure" targeted at WikiLeaks.

Secondly, for this camp, without WikiLeaks, there will be others to take its valuable place.

The current criminal investigation of "sex crimes" (against WikiLeaks founder Julian Assange) and other possible charges under consideration (like "espionage," "high-tech terrorism," and the like) are different attempts to put him behind bars and to force WikiLeaks out of operation, together with other retaliatory acts like hacking and financial black-out (by Visa, PayPal, MasterCard, Amazon, Moneybookers, PostFinance, etc.). It is safe to assume, for this camp, that his enemies are behind all this.

But the deeper question is, Would the elimination of WikiLeaks be the end of the business of leaking classified info for transparency and accountability? The answer is no, for this camp, because other individuals and organizations are already competing to take the place of WikiLeaks. As of this week of December 07, there are already several hundred mirror sites of WikiLeaks on the Internet around the world.

The likes of WikiLeaks will continue, even if the founder of Wikileaks and its organization were to disappear from the face of the Earth by tomorrow.

(2) But, for the opposing camp, the world needs to condemn and shut down WikiLeaks.

The West has a dilemma here, because, on the one hand, it has strongly supported its NGO's and sociopolitical institutions to champion the values of transparency and accountability in the last decade or so -- and yet, on the other hand, it fights against these very values when its own interests become the issue, especially (though not exclusively) in the diplomatic and military circles. But the problem here is, There is no free lunch, as the old saying goes.

For illustration, hereafter are two main reasons that the world, for this opposing camp, has to condemn and shut down WikiLeaks.

Firstly, there is an abuse for personal gains. WikiLeaks and others like it are no holy virgins. They exist, with both virtues and vices -- just as the Internet has its own vices (like the existence of hacking, spamming, internet sex crimes, etc.), not just its own benefits. The founder of WikiLeaks, Assange, has his own personal failures, just as he has his own brilliant successes.

Assange, as a young man of ambition, enjoys the attention of the world, and he has an anarchist temptation to bring havoc to it. The more he can bring chaos to the world out of its current rigidness, the better it is for his own personal satisfaction. Steven Aftergood, for instance, had criticized the anarchist tendency of WikiLeaks, because it "does not respect the rule of law nor does it honor the rights of individuals."

For instance, should we really have nothing better to do than to wonder about the name-calling by Hillary Clinton against Russian Prime Minister Vladimir Putin as a "puppeteer"? And who cares if Colonel Gaddafi of Libya has a "voluptuous Ukrainian nurse" on his side? Do we from the rest of the world have to waste time speculating (or gossiping) who this nurse is and what she really does? This is the prerogative of the personal life of Colonel Gaddafi, and his personal privacy is none of the business of the rest of the world - except those who want to do him harm.

Or should we really jump to the conclusion about the personal opinion (or rumor) of a so-called "contact" to U.S. diplomats in China that the Chinese leadership had allegedly accepted the fate of North Korea to be eventually unified by South Korea? Different individuals have their own personal opinions (or gossips) about different things, but this does not mean that the opinion (or gossip) of an unknown "contact" stands for the official policy of an entire country as massive as China.

Something is really wrong with the methodology used by WikiLeaks -- and, for the matter, by mainstream media for spending too much space and time to deal with some trivial and un-representative pieces of information for media sensation.

Perhaps the criticism by one of the strong supporters of WikiLeaks speaks volumes here; for instance, in August of 2010, even Reporters Without Borders criticized WiKiLeaks because "indiscriminately publishing 92,000 classified reports reflects a real problem of methodology and, therefore, of credibility. Journalistic work involves the selection of information."

Surely, these two opposing camps in my argument as presented in this article are solely illustrative, not exhaustive (as there can be other reasons to be considered, just as there can be other examples which are not given here). But the important point to remember here is that the world is confronted with a central dilemma in the case of WikiLeaks, in that, for one camp, the world needs the likes of Wikileaks for some degrees of transparency and accountability to promote good governance, but, for the opposing camp, the price to pay for this need is just too high.