Wikileaks, the US secret bunker, the Gulf of Aden Vortex: Contact made?

Where is this story in the international media? The combined naval might of twenty-seven countries is concentrated off the Somali coast allegedly to fight the poorly armed pirates who continue to act with apparent impunity. Or is there something far, far more serious? 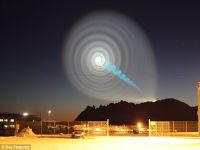 Once again the Wikileaks cables come into play. And what is revealed is terrifying. According to a report allegedly prepared by Admiral Maksimov of Russia's Northern Fleet, in late 2000, a magnetic vortex was discovered in the area of the Gulf of Aden. Russia, the PR China and the USA joined efforts to study what it was but discovered that it defied logic and the laws of physics.

The USA set up a center of operations in Djibouti, which soon became the HQ of the Combined Joint Task Force - Horn of Africa (CJTF-HOA) and monitored the vortex, which remained stable from its discovery in November 2000, according to the same report, until late 2008, when it started to expand. This, it appears, caused the USA to send a warning to the rest of the world and in response the following nations poured their military resources into the area:

This is the largest naval force to have been assembled in human history. And it has been gathered to defeat what, half a dozen poorly, armed youngsters in cheap speedboats? What is going on? 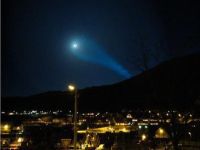 The photo shows a spiral of light which appeared over Norway on December 9, 2009. So strange was the occurrence, that according to a Wikileaks document presented to President Putin by the GRU (foreign intelligence unit), President Obama and Defence Secretary Gates were ushered into a secret military bunker, (2012 Alice). Why 2012?

This spiral suddenly disappeared, and a month later, the vortex in the Gulf of Aden seemed to project a worm-hole, like the one in this video:

Researchers* have pointed out that this Norway Spiral appeared at the same time that HAARP (High Frequency Active Auroral Research Program) and the LHC (Large Hadron Collider), CERN, were conducting tests. And how to explain this top secret report (CI/KR = critical Infrastructure and Key Resources) from the US Embassy in Oslo, Norway, sent to USNORTHCOM: 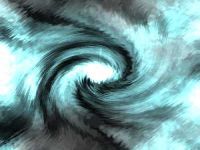 Now, perhaps, we are beginning to understand the campaign against Wikileaks, the Chinese panic against Google and the rest of the hype, for the spider at the center of the Web is not US diplomatic staff mouthing their personal opinions or saying Gaddafy goes around having intellectual conversations with a Ukrainian blonde, but indeed the Gulf of Aden Vortex file, which Assange has in his possession.