America says "NO" to Socialism 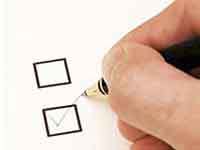 Americans who voted for Obama but never questioned his allegiance wised up and voted out his cronies November 2nd. The Republicans stormed into the House of Representatives and kicked out "Mad Woman Pelosi" as Speaker of the House. The Republicans gained more seats in the Senate and also more Republican Governors won across the country. Democrats barely held on to the Senate majority but the Republican House victory means Obama's socialist party train has stopped.

Even Obama's old Senate seat in Illinois was lost to Republican Mark Kirk. That's like Lucifer being replaced by St Michael in Hell and leading the devils to good. It just does not happen but it did. The same state that voted for Obama and the Democrats voted for a Republican. Imagine what Obama is saying now, "Et tu, Brute?"

The Republicans are only short by 5 in the Senate as they gained 6 more seats and 56 more seats in the House while gaining the majority in Governors by adding 10 more. All in all a great day considering the Democrats still spent millions of dollars more in their campaigns.

Minorities won big for the Republicans. So much for the Democratic lie that Republicans are racists.

Prior to this Soros abandoned the Democrats as he saw the Republican tsunami coming and blamed Fox News for his failures.

Obama and company are avoiding the Republican tsunami and decided to visit Mumbai, India at a cost of 200 million dollars per day to the American taxpayer.

Will Obama change to O'Bama and become a moderate as Clinton did when Congress won big in 1994? Clinton once said he hated the talk of "family values". When he ran for president in '96 he favored "family values", He became famous for sticking his wet finger in the air to see which way the majority of America would vote.

Obama's socialist agenda is a failure. Will Obama do the same as Clinton or commit "hari kari"? Soros is gone. Obama's right hand man, Rahm Emanuel left him. Now the American people who embraced his "Hope and Change" have not only turned his back on him but have spit in his face. The Tea Party was succesful and the people saw that Obama was a socialist and not a true American. Constitutional Americans irregardless of their original party affiliation voted against the Democrats. Even liberals were angry with him.

Liberal hecklers at about 2:20.

Even CNN was getting tired of Obama when he was campaigning for his minions.

Will the Democrats push for impeachment of Obama so they can get someone else who can be more effective or even punish him for his unforgivable failures? Vice President Biden can read the teleprompter well and is not hated by most Americans. Perhaps the Dems will just wait until 2012.

Now the people have power. No longer can Obama have back door deals and pass bills like the health care bill where no one knew what was in it until it was passed. The Republican majority in the house means real power, subpoena power and can ask for oversight hearings beginning in January. They can have hearings on every bill that was passed and anything else the people object to.

The Republicans and Democrats may seem the same to the illiterate and naive but the difference is clear. Republicans lower taxes and are pro-life. Democrats have never lowered taxes and support killing babies. Democrats support Planned Parenthood's agenda in killing minority babies. No one can disprove it.

Bush was the only one who gave checks back to the people. Reagan lowered taxes. Clinton and Carter raised taxes and so did Obama. As my ex-Democrat friend said when he saw an extra tax added to his paycheck,"I'll vote Republican next time because they can keep theirs and I'll keep mine".

It is true that not all Republicans are conservative. McCain is a Republican but is a progressive if not a true liberal. Even Soros supported McCain. However, you will not find a Democrat who is both pro-life and a tax cutter in Congress. Only true conservatives can be found in the Republican party.

So the question remains, "Why in the world would the Republicans do what the people want?" The same reason the Dems were voted out. They know the Tea Party was no joke. They caused the loss of power in the House for the Dems and added more Republicans as governors. The mainstream media can laugh them off but they can no longer be ignored by the Democrats and Republicans.

Tea Party backed Republican Rand Paul who later won after this CNN interview, says Republicans and Democrats are untrustworthy and says the government has to change from top to bottom.

There's a lot of work for the Republicans to do. Can they do it? If they want to keep their jobs they will. Many people from the Tea Party had shouted to liberal congressman, "You work for us!". Almost all those who refused to listen were fired. If the Republicans fail they too will be fired. The Tea Party still has a lot of power that is only growing. As Thomas Jefferson wrote in 1787 regarding Daniel Shay who led 1200 farmers in revolt.

"A little rebellion now and then is a good thing"

Contact Xavier Lerma at [email protected]
Please include a link to Pravda.Ru if you republish this article.